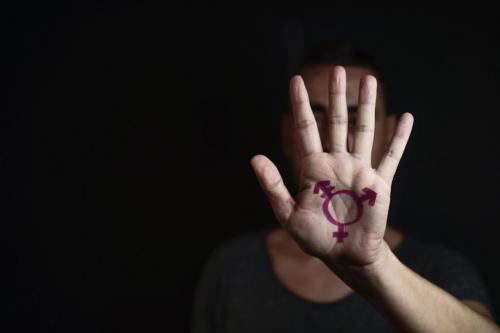 Trump and the GOP’s latest attempt for healthcare reform has not been received well. Find out why many are calling the latest move under President Trump a direct attack on transgender rights.

With all the strides we’ve made towards equality and acceptance here in the US (yes, there is still a long way to go), the transgender community remains one of the most vulnerable. The vulnerability extends far beyond just bullying in schools, where 75% of transgender youth feel unsafe, and even beyond access to the proper healthcare, both mental and physical. While most Americans are working and moving towards a brighter future, the transgender community may soon have some of their most important rights stripped from them thanks to President Trump and the GOP.

President Obama was one of the most liberal and progressive presidents the US has ever seen. While he was heavily criticized for his foreign policy and healthcare reform (mainly by the right), he was a champion for American rights, which included the LGBTQ community.

Prior to passing the Affordable Care Act, health insurance companies made the rules when it came to US healthcare, and those rules only cared about their bottom line. It’s no secret that the US is one of the few developed countries without universal health care, and having a healthcare industry run by private companies meant more expensive health insurance for high risk members, and even denial of coverage for certain medical services, which included most procedures and mental health benefits for transgender Americans.

The Obama administration fixed all that when they adopted a rule in 2016 that prohibits discrimination based on race, color, sex, or age which further strengthened the Affordable Care Act’s attempt to provide healthcare access to everyone.

Today, health insurance companies can no longer discriminate and charge individuals more for health coverage because of medical history or pre-existing conditions, offer comprehensive medical services which include transition-related care and mental health services, and removed restrictions to health services needed by individuals to transition. The new rule was paramount to affording the transgender community the same rights and privileges enjoyed by so many other Americans.

How Trump And The GOP Aim To Strip Transgender Healthcare Rights

The New York Times broke the story that President Trump and his administration are planning to reverse the Obama era health care policies that “prevent doctors, hospitals and health insurance companies from discriminating against transgender people.” Why is President Trump rolling back healthcare rights for transgender Americans? Religious freedom.

In 2016, a federal Texas Judge ruled that the Obama era healthcare policy went against religious freedoms by protecting “transgender health and abortion-related services.” The rule not only required doctors to perform medical procedures they may not agree with but also used taxpayer dollars for services.

Now, in 2018, the Justice Department told the same federal judge in Texas that “the Department of Health and Humans Services submitted a draft of a proposed rule on nondiscrimination in health programs.” The plan is to roll back transgender rights stem from a movement lead by 8 states, religious hospitals, and the Christian Medical and Dental Associations who are all looking to challenge the Obama administration’s protective healthcare laws.

Is This The First Time Trump Attacked Transgender Rights?

No, this is not the first time the Trump administration has gone after transgender rights. In fact, earlier this year, President Trump and the GOP decided they were going to limit transgender military participation. While there are certain exceptions to the new policy, the White House had the following to say.

”Transgender persons with a history or diagnosis of gender dysphoria -- individuals who the policies state may require substantial medical treatment, including medications and surgery -- are disqualified from military service except under certain limited circumstances.”

What This Means For The Future Of Transgender Rights