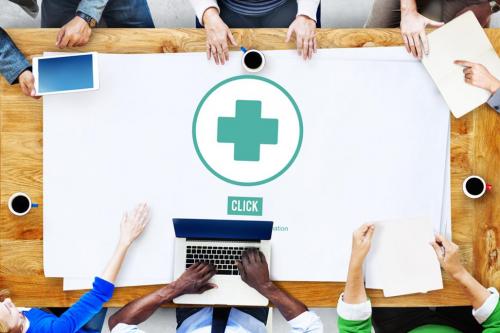 On June 19, 2018, the Trump administration outlined new health insurance rules that will allow people who fall into the category of small businesses, and self-employed individuals to purchase cheap health insurance plans, known as Association Health Plans, that provide the benefits needed but does not include a lot of features the average American does not need. These plans include fewer benefits, and fewer consumer protections, but does allow them to carry insurance without a significant financial impact on themselves. To provide these more affordable plans, the administration had to bypass significant requirements that are outlined in the Affordable Care Act.

President Trump has made many changes and has many other changes planned, for the current system of Obamacare. The changes being made in the current system have opened the door for insurance companies to offer cheap health insurance plans known as association health plans. The new plan is being referred to as TrumpCare. You can see a full comparison of the changes and expansions being made in association with health plans by visiting the TrumpCare website.

What is an Association Health Plan

According to the Secretary of Labor, Alexander Acosta, Trumpcare is noted for speaking openly about the addition of association health plans and how they will make health coverage much more affordable for millions of small businesses and self-employed people across the nation.

The goal of TrumpCare is to expand access to affordable healthcare coverage to millions of small businesses and self-employed people. The overall goal is to provide cheap health insurance plans that offer reduced coverage options but fall within a price range more people can afford.

How Do Association Health Plans Work

The design of Association Health Plans has been optimized to allow small businesses and self-employed workers the opportunity to join forces. They can group together according to geographic location and industry to enter health insurance coverage plans as a single entity, which provides them the same benefits as large employers receive under health care plans.

This layout also allows for greater negotiating power, since the health insurance companies must face larger pools of people during negotiation. This aspect of TrumpCare will dramatically increase the number of cheap health insurance plans available to consumers.

President Trump is not only tackling the need for Association Health Plans, and the need for cheap health insurance options. He is also tackling the problem of over-inflated prescription drug costs faced by the American public.

A full analysis of our current healthcare policies shows that the greatest expense goes to necessary medications and how the prescription drug industry is built on a concept of capitalism, which the public has been forced into accepting because the medications are necessary for survival.

According to many sources, there are a number of private based pharmaceutical companies using leverage to create artificial increases in the price of prescription drugs and other medical equipment, which has dramatically driven up the cost of medical care in the United States. While many before him have noted it as a problem, President Trump made a promise to the American people that this factor would be one he would take serious action against, and the public waited and hoped for this financial relief.

In March of 2016, President Trump publicly released his 7 Point Plan geared toward fixing the broken United States healthcare system. The seventh point in his plan was to address the overbearing costs the public has been facing in regard to the prices of prescription drugs.

Trump’s primary focus was set on increasing the competition the major companies had in an effort to force them to reduce drug prices. He planned on doing this by providing better access to prescriptions produced overseas and reducing the limitations placed on the pharmaceutical markets to allow safe, more affordable options to filter into the market.

In March 2018, President Trump formally issued a warning to the top pharmaceutical companies about the over-inflated costs they have placed on consumers in a public announcement stating that the American public can expect to see prescription drug prices falling substantially in the near future.

The price of prescription drugs in the United States has always been a bipartisan issue. To date, no politician has been bold enough to take on companies with this much power, especially since big pharmaceutical companies spend a lot of money annually on lobbying against politicians. However, it appears that President Trump plans to be the first, and it is a very welcome change.