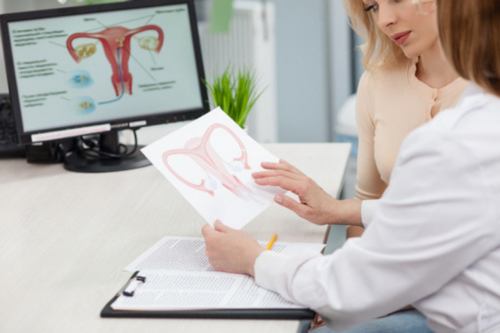 A baby has been born to a woman who received a uterus transplant from a deceased donor for the first time. The mother and now one year old child are healthy.

For the first time ever, a baby has been born to a woman that received a uterus transplant from a deceased donor. The Brazilian team that carried out this success followed steps made by previous uterus transplants done using live donors, and have improved upon the science to allow women with no other options to receive uteri from deceased donors in order to have a successful pregnancy. The baby born of the mother who received the uterus is healthily approaching her first birthday.

The recipient of the deceased donor’s uterus was born without one. Her identity is still anonymous (typical for many case studies such as this one), but it is known that her genetic condition, Mayer-Rokitansky-Küster-Hauser syndrome, affects one out of every 4,500 women. This condition does not affect the patient’s external genitals, nor does it affect the presence or function of the ovaries. The syndrome causes both the vagina and uterus to be underdeveloped or completely absent.

The patient was 32 years of age in September of 2016 when the transplant surgery took place. Prior to the surgery, she underwent the process of in-vitro fertilization, or IVF, which produced eight early-stage embryos that were of high enough quality to be cryopreserved for after the uterus transplant took place.

The recipient passed away from a stroke at 45 years of age and was believed to be a solid donor candidate due to her matching blood type, lack of any sexual diseases, and the three vaginal births she had given throughout her life.

The transplant surgery lasted over ten hours and involved complex techniques and procedures to connect the vaginal canals and ligaments of the patient to those of the donated uterus, along with arteries and veins. The recipient of the transplanted uterus remained in the hospital for eight days following the procedure, while receiving several immunosuppression drugs in order to control the natural instinct of the body to fight off a transplant organ, resulting in rejection.

The recipient was carefully watched for five months post-transplant for signs of rejection. Ultrasound scans were utilized as well and showed no signs of abnormalities in the transplanted uterus. The patient also experienced menstruation for the first time in her life. After waiting for seven months, a fertilized egg was implanted into the uterus. In the past, with live donor uterus transplants, a year has been the amount of time taken before implanting the egg; however, the doctors believed seven months was adequate time in this case and also sought to reduce the timetable not only to lower the expenses of the patient but also to decrease the possibility that the body would reject the organ after a longer period of time.

Ten days after implantation, doctors confirmed the patient’s pregnancy. The mother and fetus had no anomalies or issues during pregnancy other than a kidney infection that arose at 32 weeks. The mother took antibiotics for the kidney infection and continued her regimen of immunosuppression drugs.

On December 15, 2017, the mother gave birth to her 6-pound daughter. The recommended delivery time was set between 34 and 36 weeks; she was born at 35 weeks and three days, via c-section. With the baby’s first birthday coming up, her health is still going strong.

Though uterus transplants have been done in the past, this is the first time that the organ has been given by a deceased donor, and previous attempts have been unsuccessful. Sweden, Serbia, and the United States have seen uteri transplants performed using the transplanted uterus of live donors, with successful and healthy births as a result.

The medical team behind this transplanted uterus believes it will bring hope to the many patients in need of a uterus, who have no close family member or friend as a donation option. The concept is proven as a new option of treatment for women with absolute uterine factor infertility, which is an abnormality that takes place within the womb and interferes with the development of a fetus.

There are many unique factors to this transplant. First, the uterus was without oxygen before the transplant for eight hours, which proves that the uterus can survive storage without oxygen longer than the typical live donation. This is called Ischemic time, or the amount of time that any organ donated can survive without blood flow or oxygen and still be viable, and this transplant proves a successful Ischemic time. This brings about the possibility of women donating their womb after death, and the possibility of hopeful mothers to utilize deceased donor transplants as opposed to adoption or surrogacy.

Leaders in the medical field believe that this successful uterus transplant is a massive step forward; though some aspects of it are still “highly experimental,” quality of life will be greatly improved moving forward.