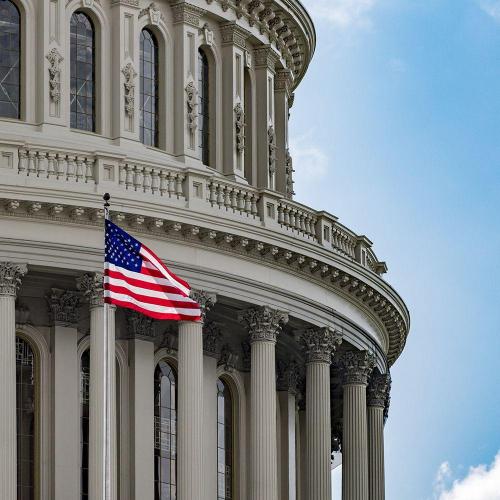 The Individual Mandate is Repealed Under Tax Overhaul

President Trump and the GOP claimed victory over Obamacare with the repeal of the individual mandate.

President Donald Trump signed the largest tax overhaul into law on Friday, December 22, with the GOP tax bill estimated to cut personal and corporate taxes by $1.5 trillion over the next decade. Part of the tax bill also included a repeal of the individual mandate required under Obamacare. The penalty for not having health insurance has been a heated topic between Democrats and Republicans since its passing. It leveled a tax penalty against individuals who did not purchase insurance or have insurance through their employer. With the individual mandate repealed, many believe the future of Obamacare may be in jeopardy.

The individual mandate was one of the most debated topics during the legislative process to pass the Affordable Care Act. Republicans felt the penalty was unfair and Democrats feeling it was necessary to include the tax penalty as a way of ensuring individuals would purchase health care on the exchanges or participate through an employer. Since returning to power and with a Republican in the White, the GOP tax bill was the opportunity many Republicans had been looking for. On Friday that became reality with the signing of the bill into law. There are some details, however, that could cause confusion to individual taxpayers.

The GOP tax bill passed along party lines with President Trump signing it into law before the Christmas break. The repeal of the individual mandate survived reconciliation despite a very narrow margin of votes needed to pass the legislation. The Democrats and a few Republican senators are concerned that removal of the tax penalty from Obamacare will result in millions opting to not purchase insurance, and causing premiums to rise substantially as a result. The Congressional Budget Office estimates that millions of individuals may choose to not participate in the health insurance markets with the removal of the mandate, but also see the health insurance marketplace remaining stable.

The individual mandate will still be in effect for 2018, so individuals looking to avoid a steep tax penalty will need to ensure they have the minimum amount of insurance required to avoid this. There are many websites and exchanges one can use to help a person trying to shop for insurance. After 2018 however, there will no longer be any financial penalty for individuals who opt not to purchase or participate in health insurance plans. With the penalty for not having health insurance removed, it estimated that millions will elect not to purchase coverage for themselves.

Other parts of the Affordable Care Act will still remain in place. These include Medicaid expansion in states that have chosen to do so, as well as subsidies for low-income individuals who are not eligible for Medicaid but would still like to purchase health insurance. This could change if there is further congressional action in 2018.

In 2017, it is estimated by the Congressional Budget Office that $3 billion in tax penalties will be paid by those uninsured individuals. In 2018 that number is estimated to be even larger as confusion around the requirement will cause an estimated 2 million more people to elect not to have health insurance coverage. This leaves many insurers worried about the future of the health insurance market and if it will still be profitable to offer individual plans on the exchanges.

The mandate was the only part of the Affordable Care Act that provided a penalty for those choosing not to enroll in health insurance. Because many of the individuals who choose not to enroll are generally younger and healthier, this could cause premiums to rise substantially across the marketplace. However federal subsidies still in place should rise in relation to those premium increases, as long they continue to remain in effect and funded by the federal government. The out of pocket cost could still increase, however, causing what some insurers describe as a potential snowball effect, leading to more and more individuals choosing not to go insured, thus compounding the problem even further.

The future of Obamacare will continue to remain uncertain with the individual mandate now repealed. It is more important than ever that individuals stay current on the health insurance requirements and any changes in the law that could affect them. The decision whether or not to carry health insurance is one of the most important decisions a person can make, so it is important that they are as well informed as possible when making it.