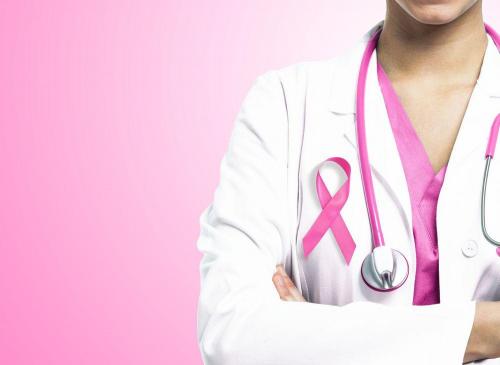 The Fight Against Breast Cancer

October is Breast Cancer Awareness Month, here's what you need to know.

The fight against breast cancer is a global movement that aims to raise awareness for the disease, and raise funds to find a cure. Statistics show that 12% of women living in the U.S will develop this disease at some point in their lifetime.

In the US, in 2017 alone, it is expected that 252,710 new cases of breast cancer will be diagnosed in women, and 2,470 new cases in men. It is facts like these that have led to the uprise of awareness campaigns such as the Breast Cancer Awareness Month.

This is an annual campaign on a global level which happens in October. The purpose of this campaign is to raise awareness and funds for research. Most women lose their lives to this deadly cancer because they find out when it is too late. In fact, in the UK alone, 1,500 lives could be saved per year if women had their breasts checked regularly.

During this month, millions of people across the world wear pink to show their support for the cause while raising money used in research for the cure. Efforts have already lead to the development of free mobile apps that enable women to check for the condition without having to visit a physician.

What is Breast Cancer?

This is a malignant tumor that is caused when cancerous breast cells collect together. It has traditionally been associated with women but does affect men as well. One in every 1000 men will get the disease during their lives, but typically affects men who are over 60 years of age.

Though often used as an umbrella term for the various types, breast cancer actually comes in various forms, some more aggressive and invasive than others. Here are the most common types of breast cancer:

This is the most common type. It occurs when cancer develops in the breast’s duct and makes its way into the surrounding tissue. Invasive Ductal Carcinoma accounts for 80% of all the invasive types of breast cancer.

Also known as an Infiltrating Lobular Carcinoma, Invasive Lobular Carcinoma is the most common type of breast cancer behind IDC accounting for about 10% of invasive diagnoses. ILC begins in the breast lobules, which carry the milk to the breast ducts, and spreads to the surrounding tissue.

This is a type of non-invasive breast cancer where the abnormal cells are contained in the lining of the milk duct. If found early on, Ductal Carcinoma In Situ is very treatable but does have the potential to spread if left untreated or if it is not detected early on.

Do We Know What Causes Breast Cancer?

As of the moment, research has not been able to show what causes this cancer. What doctors do know is that the cells in the breast become cancerous due to DNA mutations. Some of these mutations are inherited; however, most changes to the DNA of breast cells occur during one’s life.

Studies have shown the link between alcohol consumption and breast cancer. Even 1 drink a day can increase your risk on a small scale, and if you have 2 to 3 drinks a day you can see an increased risk of about 20%.

While this risk factor is a bit complex, obesity can increase your risk of getting breast cancer, especially obesity after menopause. The reasoning is that after menopause your estrogen is produced by your fat tissue. The more fat tissue you have, the more estrogen you produce which can lead to breast cancer.

Breast cancer is about 100 times more common in women than it is in men. Being a woman can be considered a risk factor when it comes to this disease, and women should be proactive and get screened for breast cancer.

As you get older, your chances of developing breast cancer increase. Most breast cancer is found in women after they hit 55 years old. It’s extremely important to get screened regularly, but even more so in your older years.

If your family has a history of breast cancer, you are already at a higher risk of being diagnosed yourself. This risk factor rings true for both women and men. For women, having a mother, sister, or daughter with breast cancer can double your risk.

Myths About The Disease

There will always be myths and theories surrounding diseases, but make sure to do your research before buying in. For example, there have been claims that antiperspirants and breast implants increase your risk of developing breast cancer. However, studies have not shown any link between these claims and breast cancer.

Chemotherapy is the use of cancer-killing drugs that are usually taken by mouth or given through injection. These drugs travel throughout the body to targeting cancer cells in hopes of eliminating them or at least reducing their severity.

Since certain breast cancer cells are linked to estrogen, which is naturally produced by the body. Hormone therapy is a systemic therapy that lowers estrogen levels in hopes of reducing the threat of the cancer cells.

Future of the Fight

There are other treatments that target breast cancer, including new and exciting medical developments. Cryosurgery, for example, shows a lot of promise in the way that it can combat cancer.

Cryosurgery involves the introduction of liquid nitrogen to the tumor. Liquid nitrogen is very cold and thus will freeze the area where it has been introduced. Once the tissue freezes and thaws, it will be absorbed naturally by the body. Cryosurgery is showing a lot of promise but a lot of research is still being done on the subject.

Cancer of the breast is one of the leading causes of fatalities in the U.S and world over. Raising awareness is the first step in the fight against breast cancer. Raising money and medical research are the next steps in stopping this deadly disease in its tracks. So make sure to do your part and