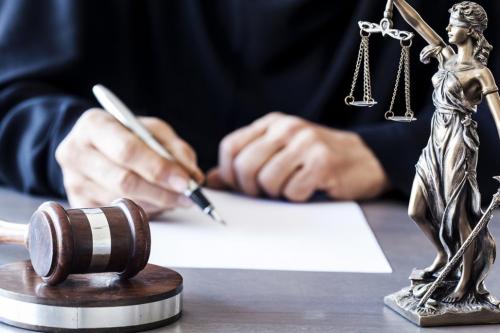 In a stunning revelation, a federal judge out of Texas made a historic ruling regarding the legality of the Affordable Care Act, claiming that the controversial healthcare law is no longer constitutional.

If you thought you would get a break from healthcare politics after just finishing up a grueling midterm election period, you’d be wrong. The highly talked about, and most controversial piece of healthcare legislation to ever be passed found its way into the news cycle, yet again, after a federal Texas judge ruled Obamacare unconstitutional.

If this all sounds eerily familiar, that’s because it is. Ever since the Affordable Care Act (ACA) was passed by President Obama and his administration in 2010, members and followers of the GOP have been crying foul. Most members of the Republican party have been harping on the fact that the ACA, known more popularly as Obamacare, violates constitutional rights by forcing Americans to enroll in subsidized, private health insurance plans. A sentiment that was confirmed this past weekend.

This past Friday, December 14th, federal judge Reed O’Connor issued a ruling in which he declared the Affordable Care Act unconstitutional. Of course, the ruling coming out of Texas sent shockwaves across the nation, breathing new life into the healthcare debate that just won’t seem to die. The decision also emboldened our Commander-in-Chief to thrust his unwavering commitment to repealing the Obamacare back to the forefront of the Twitterverse.

The Reasoning Behind The Ruling

In 2012, Chief Justice John Roberts weighed in on the validity and constitutionality of Obamacare in the case NFIB v. Sebelius. In the end, Roberts was the deciding vote that essentially upheld Obamacare as constitutional stating, “it is not our role to forbid it, or to pass upon its wisdom or fairness.” By claiming that the individual mandate was a tax, the GOP no longer had any ground to stand on.

However, President Trump was set on repealing the previous administration’s work, and essentially set up a showdown, Trumpcare vs. Obamacare. After multiple failed attempts to replace the Affordable Care Act, President Trump signed an executive order that repealed the individual mandate, a crucial piece of the ACA. While Trump repealed the mandate in hopes of unraveling the new health insurance system, he inadvertently gave the allied states who were calling for the repeal of Obamacare, potent new ammo.

With the elimination of the individual mandate, Judge Reed O’Connor had the following reasoning for his ruling on the unconstitutionality of the Affordable Care Act as a whole.

Essentially, O’Connor believed without the individual mandate, Obamacare had no grounds to stand on. The mandate is what made the ACA work. By increasing the number of people in the risk pool for health insurance companies, although, under threat of tax penalty, it meant more people were able to get coverage at an affordable price (if they qualified for subsidies). Without the mandate, the Affordable Care Act would begin to crumble.

As you could probably guess, the always outspoken President took to Twitter shortly after the ruling was made to express his excitement.

”Wow, but not surprisingly, Obamacare was just ruled UNCONSTITUTIONAL by a highly respected judge in Texas. Great news for America!”

Although not as eloquent as one may have hoped for, President Trump’s sentiment speaks for itself. The GOP has been waiting for a moment like this since 2010, but it the celebratory drinks may have to wait. Although the ruling is sending shockwaves through the news cycles, it’s likely nothing will happen in the near future.

What The Decision Means For Obamacare

As of right now, nothing. O’Connor’s decision came on the eve of the last day of Open Enrollment, and tens of millions of Americans had already signed up for their Obamacare health insurance plans for 2019.

States have already demanded clarity on the ruling by Judge Reed O’Connor, but according to CNBC, there will be no immediate impact because of the decision. This was also the view coming out of the White House, which reiterated that the current healthcare laws will stay in place pending any appeals.

What is worth noting is that states could, potentially, start changing their tune as early as next year. There are a lot of conflicting reports coming out about how quickly the new ruling can take effect, but many experts are confident that health insurance beneficiaries and shoppers won’t see any immediate changes.

For now, it’s safe to say that your current ACA health insurance plan will be fine for the following year. As for how much longer you can expect Obamacare and state marketplaces to stay in play, it’s difficult to say. President Trump and the GOP are slowly chipping away at the Affordable Care Act, so the future is still up in the air.