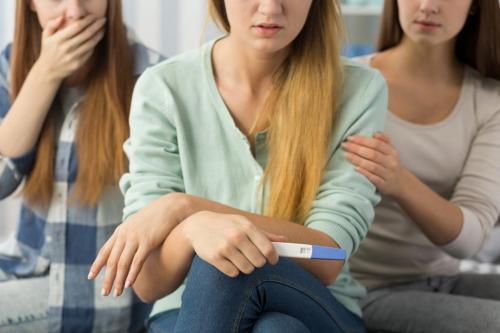 The Teen Pregnancy Prevention Program lost its funding earlier this year, 2 years ahead of schedule. After a handful of successful lawsuits, President Trump and his administration were forced to change their tune.

The Trump White House and the Department of Health and Human Services (HHS) have reversed the administration’s decision, made earlier this year, to cut funding for organizations committed to preventing teen pregnancy. You may be curious why the government wouldn’t want to fund such programs. The administration’s reasoning, or at least a primary factor in the decision, get to the heart of the debate over pregnancy rates among adolescent populations.

Known as the Teen Pregnancy Prevention Program, or TPP, the origins of the program were targeted at formulating a comprehensive approach to preventing teen pregnancy. Now, a shift in leadership at HHS under President Trump, including the new head of the TPP Valerie Huber, has signaled a shift towards abstinence-oriented programs.

If you hadn’t heard of TPP before now, the program was created by Congress and the Obama Administration in 2010. The original framework called for 5-year grants to be disbursed across 39 states to a diverse group of programs and organizations tasked with the goal of preventing teen pregnancy. Congress reissued the grants in 2015 for a second five-year term.

Funding was distributed to programs that use rigorous, evidence-based criteria on teen pregnancy. This was criteria that the health experts at HHS deemed age appropriate and followed proven medical guidelines. Both of the 5-year funding terms included a number of programs that incorporated abstinence as one of many prevention components within their framework.

TPP programs are aimed at teenagers and adolescents 10-19 years old, with a particular emphasis on the communities with the fewest resources and greatest need. The organizations all must base their initiatives on current medical guidance and include pregnancy prevention programs, technology outreach, and creating new solutions for underserved groups like males, Latinos, LGTBQ+ populations, and adolescents within the foster care and criminal systems.

Why Was The Funding Cut?

One argument that President Trump’s HHS used to defend the change was, as you may have rightly guessed, about money. Pregnant teenagers aren’t cheap but neither are the programs used in preventing teen pregnancy. HHS has argued that by cutting TPP funding in 2018, two years ahead of schedule, the Federal government would save $200 million.

The other reason HHS was reorganizing the program was to allow TPP to redistribute the remaining funds to abstinence-focused programs. This was not unexpected after Huber was put in charge of TPP. She has built her career on championing an abstinence-based approach to teen sexual health and teen pregnancy and discounts the value of contraception in addressing the issue.

Huber has gone so far as to reject scientific data on the effectiveness of contraception. When presented with a 2016 study that showed as teens were given improved access to contraception the rate of sexual activity remain unchanged but the rate of pregnancy fell steeply. Faced with that data, Huber still put forth the argument that society must prioritize “sexual delay” over any forms of sexual activity, protected or not.

The new guidelines were designed to channel grants towards two different abstinence-based frameworks for preventing teen pregnancy. Grantees were to follow either a “sexual risk reduction model”, focused on turning teens away from current sexual behaviors or a “sexual risk avoidance model” which is TPP’s new term for abstinence.

Why Did HHS To Reverse Its Decision?

The HHS decision to reverse the funding cuts was not made willingly. 5 different lawsuits were filed against HHS by some combination of all 81 of the TPP grant recipients. HHS lost all 5 of the cases, including a class-action suit involving 62 of the TPP organizations.

The claimants argued that these programs take time to achieve meaningful results. TPP’s new leadership has claimed 73% of TPP’s programs have been ineffective, but supporters reasoned that the administration numbers actually support the efficacy of these programs. Teen pregnancy rates are down 41% since TPP’s launch in 2010. Rather than appeal the decision, HHS has agreed to continue funding TPP within the framework of its original goals until the current 5-year term is complete.

The original 81 grantees will continue to receive their funding while the TPP leaders at HHS will select new grant recipients for any remaining money; the most likely recipients being programs that focus on the abstinence approach. Several groups have already received their funding for the upcoming disbursal period, with the remaining grants to be disbursed by September.