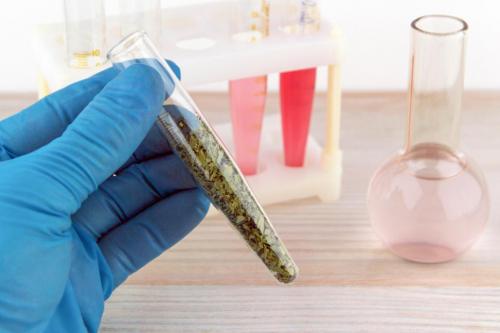 Connecticut experienced an epidemic last week when panicked calls began to pour into local authorities. In the span of just 36 hours, nearly 100 overdoses occurred in a park in New Haven, sparking an immediate investigation. Initial tests and speculation have pinpointed synthetic marijuana as the culprit, often called K2 or Spice.

Synthetic marijuana, also known as synthetic cannabinoids, has been around for more than a decade, and this isn’t the first time the drug has made headlines. In spring, earlier this year, synthetic cannabinoids were also responsible for over 150 cases of severe bleeding and 4 deaths in Illinois. So what exactly is synthetic marijuana, and why are so many people turning to K2 to get high?

What Is Synthetic Marijuana?

Synthetic marijuana, or more accurately, synthetic cannabinoids are man-made chemicals similar to those found in marijuana. The chemicals are typically produced and sold in liquid form to either be sprayed on dried out plant material and smoked or to be inhaled as vapor with e-cigarettes and other devices.

Synthetic pot is part of a growing group of drugs known as New Psychoactive Substances (NPS). NPS are usually unregulated, meaning that they can easily be laced with additional substances, as was the case in both Illinois and Connecticut. The lack of regulation is a major cause for concern.

No, It’s Not A Healthier Alternative

The National Institute on Drug Abuse, along with health officials, have issued countless warnings about the chemical drugs passed off as “fake weed.” K2, Spice, Kush, or any of the other countless names for the synthetic drug, are often labeled as safe, but that’s definitely not the case.

”In fact, they are not safe, and may affect the brain much more powerfully than marijuana; their actual effects can be unpredictable and, in some cases, more dangerous or even life-threatening.”

Why More People Are Turning

While the stigma surrounding marijuana disappears as more states begin to legalize the drug for medical and recreational use, there are still plenty of reasons people prefer synthetic drug alternatives. For one, since the drugs are mass produced, it’s often cheaper than a medical grade or recreational marijuana. Second, synthetic marijuana is difficult to detect in traditional drug tests, so if you have a job that prohibits drug use, K2 is often an easy way to get high without getting caught.

The Effects Of Synthetic Pot

It’s tough to list all the different side effects of synthetic drugs, and that’s because the ingredients are always changing. Aside from chemical ingredients, these synthetic alternatives to more natural drugs are often laced with additional chemicals. However, some of the effects found to be linked to synthetic weed are:

New Haven Green, a park in Connecticut close to the campus of Yale University, experienced a scary scene last week that truly highlighted the dangers of synthetic marijuana. Authorities received dozens of calls, and responded to 76 overdoses in the span of 24 hours between Tuesday and Wednesday. The number began to climb as the week went on, totaling around 100 overdoses by Thursday.

At first, emergency responders attempted to treat the victims with Naloxone, a popular antidote for opioid overdoses, but it was not effective. Multiple patients were in critical conditions, some life-threatening, but at this time no deaths have been reported.

What Is Being Done To Combat The Growing Spice Problem

Efforts to ban synthetic drugs have been in the works since the products first hit store shelves nearly just over a decade ago. The synthetic alternatives to marijuana have been listed as a Schedule 1 drug, which took most products off the shelves, forcing users to turn to the streets to get their fix.

Authorities say this fight is a bit more difficult than with other drugs. While some ingredients have been banned in the US, the chemicals used often change from product to product, and even batch to batch. Since the drugs are man-made, it’s difficult to keep up with new ingredients, making banning the products a challenge.