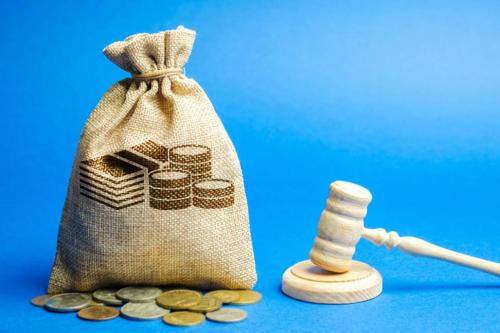 President Trump may have killed the individual mandate, but you may be shocked when you receive your surprise health insurance tax this year.

For a short period of time, the US joined most other developed countries when President Obama passed the Affordable Care Act, which included the controversial piece of legislation known as the individual mandate. The individual mandate was the requirement for all Americans, except those who qualify for one of the many exemptions, to enroll in health coverage or face a tax penalty.

The mandate was a crucial part of the ACA, which is why it’s no longer in effect, at the federal level that is.

Through the Tax Cuts and Jobs Act of 2017, President Trump repealed the individual mandate, no longer requiring Americans to enroll in health coverage. Which meant, beginning in 2019, you wouldn’t face a penalty for foregoing coverage. Which is why you may be surprised when you file your taxes this year.

The Tax Cuts and Jobs Act was a way to undercut the Affordable Care Act, and an effective one at that. However, some states were determined to keep Obamacare alive in well, which included:

If you’re a resident of any of the above states, and you chose not to enroll in coverage for the 2019 fiscal year, then you may be in for a bit of a surprise when you get slapped with a penalty. Other states are beginning to follow suit as well.

Rhode Island and California will also be adding their own mandates in 2020, which would force residents to enroll or pay a fine. Vermont will also implement their own mandate in 2020, but have yet to disclose any penalties for foregoing health coverage.

According to the Kaiser Family Foundation, penalties will vary by state. We’ve provided what you can expect to pay below, based on your residence.

If you live in Washington DC, be prepared to face a fine when you file your taxes this year. Just like California, you will either have to pay a flat fee of $695 per adult and $347.50 per child, or, 2.5% of your gross income. It will depend on which amount is higher.

If you live in New Jersey, you will face a health insurance tax penalty this year of a minimum of $695, and up to $3,012. Depending on your tax bracket and family size, you may even have to shell out up to $4,500.

Rhode Island, like California and Washington, will penalize you in one of two ways. Either with a flat fine of $695 per adult and $347.50 per child, or 2.5% of your gross household income. Whichever is higher.

Starting in 2020, if you live in Vermont, you will be required to enroll in health coverage. Although, a penalty for failure to do so has not been reported yet.

Keep in mind, it’s not too late to apply for coverage. Even though the Open Enrollment Period has ended, some states have chosen to extend their dates. FirstQuote Health can help you find coverage both in and outside of the health insurance marketplace. Enter your zip code, and get covered today!