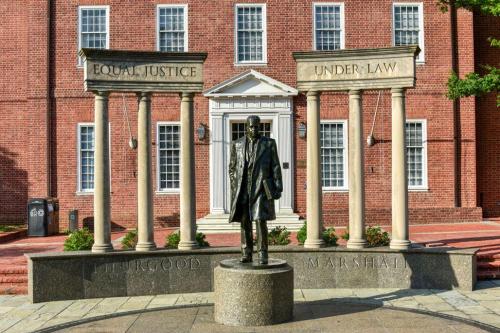 States Looking To Create Their Own Version Of The Individual Mandate

The Congressional Budget Office (CBO) estimates about 13 million fewer people will have health insurance without the individual mandate in 2019. Some states are fighting back by implementing their own mandates.

In 2006, the state of Massachusetts decided that it was going to implement an individual mandate for its residents that would require anyone over 18 to have health insurance. You can say they were ahead of the times, because 4 years later the Affordable Care Act (ACA) passed, and in 2014, every American was subject to penalties if they chose not to get covered.

On December 22, 2017, after many failed attempts at repealing and replacing the Affordable Care Act, President Trump and the GOP passed the Tax Cuts and Jobs Act of 2017. This bill didn’t repeal the ACA but did eliminate the individual mandate. The Congressional Budget Office (CBO) claimed estimates that with the individual mandate, nearly 13 million fewer people would opt for health coverage, meaning premiums and health costs through the marketplace would begin to soar.

However, there are some states that are looking to implement an individual mandate of their own, or at least something similar. As of now, there are over 12 states exploring proposals to stabilize their state marketplaces.

One of the most interesting proposals comes out of Maryland. Maryland is going to use their individual mandate as a down payment of sorts.

Under Maryland’s proposal, individuals without health insurance would receive health coverage that is equal to or less than the cost of the tax penalty. The cost of the health plan can include federal subsidies as well.

What If There’s No Plan Available?

If there’s no health plan available in that falls within budget, Maryland would hold onto the tax penalty in an interest-bearing account for the next year. When the marketplace opens back up the following year during the Open Enrollment Period, the money can be used to purchase health insurance. However, if the individual still opts not to get covered, the tax penalty will be put towards a health insurance stabilization fund.

California is ‘exploring all options’ when it comes to how they will stabilize their health insurance marketplace without the individual mandate. No official proposal has been brought to the table yet, but a statewide individual mandate has been discussed as a way to make sure the younger and healthy residents get coverage.

Like California, Connecticut is talking about implementing their own individual mandate. However, the penalty, the real debate surrounds their penalty.

Under the Affordable Care Act, as of 2018, the penalty for not having health insurance is either $695 per adult, $347.50 for a child, or just 2.5% of your household income. You end up paying whichever is higher. Connecticut has two different penalties on the table, and they couldn’t be more different.

The next bill on the table isn’t quite as affordable though. A second bill brought by the Legislators on the Insurance and Real Estate Committee wants a harsher tax penalty. They are recommending individuals pay nearly 10% of their household income, which would be capped at $10,000.

Many other Democratic, or blue states are looking into their own versions of the individual mandate. The Affordable Care Act is a divisive issue in the US, and that’s why we’re seeing so many states doing what they can to save it.