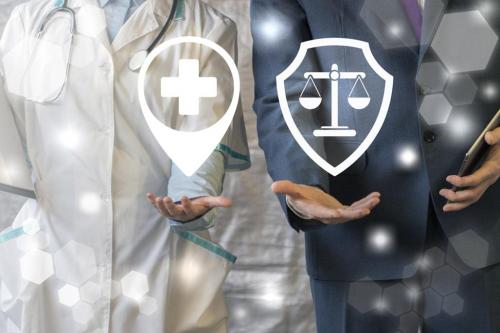 President Trump released his State Relief and Empowerment Waivers, this week before midterm elections. The new guidance will bring more options to the marketplace at a lower price.

With midterms just around the corner, politicians around the country have been doing their best to tackle hot-button topics by proposing how they would affect change for the better. There is no greater issue currently being debated than healthcare in the US, so it’s no surprise that President Trump and his administration decided to stir things up by releasing new guidance this week.

In a statement released jointly by the Centers for Medicare & Medicaid Services (CMS) and the US Department of the Treasury, there was no hiding the President’s intention. Since the Affordable Care Act (ACA) was passed, leaders of the GOP have seized every opportunity to attack past President Obama’s legislation. While Republicans have been unsuccessfully pushing to repeal and replace the ACA, they brought no meaningful alternative to the table. However, this latest guidance, called State Relief and Empowerment Waivers, may finally create a solution that benefits you.

What Are State Relief And Empowerment Waivers?

The State Relief and Empowerment Waivers give individual states more flexibility when it comes to their health insurance marketplaces by lowering premiums and increasing choices and competition. Trump’s guidance is looking to add both short-term and association health plans to the ACA marketplaces, which don’t have to follow the same guidelines as all other plans currently being sold. According to Health and Human Services Secretary Azar,

“President Trump has already opened up more affordable, flexible options for Americans in the individual health insurance market, while also bringing new stability to the Exchange. Now, states will have a clearer sense of how they can take the lead on making available more insurance options, within the bounds of the Affordable Care Act, that are fiscally sustainable, private sector-driven, and consumer-friendly.”

What It Means For You

The new guidance will allow you to find health insurance plans through the marketplace that better fit your needs, at a price that falls within your budget. Well, at least that’s the goal. President Trump has long held strong on his stance that not everyone has the same healthcare needs, so making everyone enroll in the same plans without competition is a recipe for disaster. CMS Administrator, Seema Verma, doubled down on this stance with the following statement:

“Premiums are still much too high and choice is still too limited. This is a new day – this is a new approach to empower states to provide relief. States know much better than the federal government how their markets work. With today’s announcement, we are making sure that they have the ability to adopt innovative strategies to reduce costs for Americans while providing higher quality options.”

With the State Relief and Empowerment Waivers, you may not only see short-term and association health plans on the exchange, but you also may be able to receive subsidies for these new additions. The goal is to help states break the mold, and take new, innovative approaches to lower healthcare costs for their residents.

Under the current law, set by President Obama’s administration, state healthcare waivers were limited to reinsurance waivers. However, the current administration, at the request of a handful of states, has worked closely to implement new waivers, which have reportedly reduced premiums. The State Relief and Empowerment Waivers will utilize similar waivers, and outline a new direction for healthcare in the US. The new direction is outlined by 5 core principles:

The goals are to provide Americans with more options that meet their needs, while still making sure those who benefit from the current laws (people with pre-existing conditions) have the same access to coverage. To do this, the current definition of coverage will be more expansive and give states the ability to leverage components of the marketplaces to implement new models.

When The Changes Will Take Effect

The changes under the State Relief and Empowerment Waivers may be coming sooner than you think. According to the CMS, the definition of what health insurance can be sold in through the marketplace will change in 2020. That also means there’s plenty of time for changes to be made to the current guidance. In the meantime, here are some affordable health insurance options outside the marketplace.