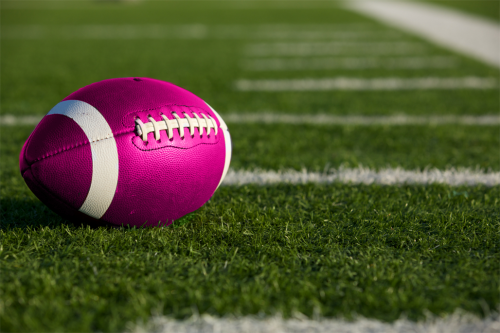 Cancer awareness is growing by professional teams supporting the cause. Learn how these teams support breast cancer among others during the month of October.

The fight against cancer is a significant struggle for all of humanity. People battle against cancer on many different fronts. One way cancer awareness is growing is by the support of professional and amateur sports organizations. Many sports teams often sponsor breast cancer awareness because they have a wide reach with audiences. Sports organizations generate funds for research and cures. The following information will explain why sports teams support and endorse various cancer initiatives.

The National Football League is probably the most known professional sports organization that supports and promotes cancer awareness. This league has done a lot over the years to ensure that people would join in and support this cause. The American Cancer Society partnered with the NFL in 2009 to inform more people about this problem. Many young Americans are now being influenced by the NFL and its commitment to cancer education.

Even though franchises have changed some of their activities regarding this disease, the league continues to do its part to support this noteworthy cause. Other professional sports leagues such as the NBA, MLB, and MLS all do their part with getting the word out about cancer in modern times. By the way, don’t forget that amateur and semi-professional teams also lend a hand to this cause. Some professional sports teams that support the eradication of cancer include New England Patriots, Pittsburgh Steelers, Cleveland Cavaliers, Dallas Mavericks, Colorado Rapids, Vancouver Whitecaps and the Philadelphia Phillies.

How Does The NFL Support Breast Cancer?

The league makes it a point to promote breast cancer causes. During the month of October, various pro teams wear pink gear to show their support. They also help to raise money for this cause as well. As of 2018, the National Football League decided to allow teams to show support for different types of cancers, so players get to choose which cancer they show support to in October.

Teams no longer are required to just wear pink. Instead, they will shed more light about the various types of cancer and how people can join in the fight against them. This will happen by players wearing different kinds of uniforms to support different types of cancers. There will also be on-field and in-stadium branding for this cause as well. Banners, posters, and even display screens will be utilized as part of the branding effort. Merchandise and gear will be sold as a part of an effort to let people know about breast cancer problems, as well as raise funds to support these causes.

Is The NFL Allowed To Support Other Cancers?

The league is giving more flexibility to sports teams to represent various types of cancers which impact people lives. Once again, each team will make their own decision about the types of cancers they want to fight against. During breast cancer awareness month, teams will discuss their particular stance against cancer. Pro-teams endorse Crucial Catch which is a special way to support various forms of cancers.

Which Other Cancers Does The NFL Support?

NFL franchises only take two stances on cancer. Each team can choose to represent breast related cancers or they represent all cancers. Teams can make this decision according to what they think is the best approach to this situation. The “all cancers” category allows teams to focus on the cause as a whole and not have to worry about the different types of cancers. Many cancers such as colon, lung, and pelvic cancer could fall under the “all cancer” categories. Even cancers such as Leukemia can be placed into this classification.

Local sports teams also show support for breast cancer. They might display alternate colors to represent specific types of cancers. They will also sell merchandise and even have public rallies to inform people about this disease. Local sports stars will often endorse cancer programs by making public appearances and attending special events. High school students even get in on cancer awareness efforts.

The Lancer Link newspaper reported of a high school located in Carlsbad, California that does its part to expose this situation. The athletes at the school wear pink during Breast Cancer Awareness Month. They are just one example of many touching on how students are fighting back against this condition.

How Do Teams Raise Money And Awareness For Breast Cancer?

Sports teams primarily raise awareness through their actions and by speaking out for this cause. They will have team announcers to inform the fans at local games about breast cancer research and activities. Teams will also donate a certain amount of money to cancer research for each time they score points. Selling team merchandise with a cancer theme is another popular way to show support. Teams will even have their players make special halftime announcements about breast cancer. Local television and radio stations will even air team commercials that inform people about the importance of cancer funding and treatment.