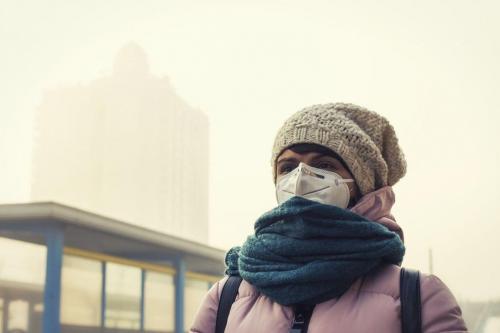 Social Determinants Of Health - A Look At Health Equity

Proper nutrition, exercise, and access to quality healthcare are all important to maintaining the overall health of a population, but what many don't realize is that there are social, economic, and other factors have a larger impact on overall health.

We all want to take care of our bodies, and that’s why we’re more health conscious today than ever before. When we think of taking care of our bodies, we think about eating right, exercise, and access to healthcare. That’s why we’ve seen healthier menu items pop up across the country, and even a push to make access to healthcare easier for Americans with the Affordable Care Act. However, what many people fail to realize is there’s more to health than that, there are outside factors that affect us known as social determinants of health.

A Basic Understanding Of Social Determinants Of Health

As the name suggests, social determinants of health are a combination of personal, social, environmental, and economic factors that all play a role in one’s health. These social determinants inevitably cause a disparity in health equity, and the importance of these factors cannot be ignored.

Example Of Social Determinants Of Health

Social Determinants Of Health According To The CDC and WHO

Why Determinants Of Health Are So Important

When most people think about health, they think about access to healthcare, physical exercise, and nutrition. What many don’t realize is that other factors play a significant role in your overall health, meaning you can have to take care of your body to the best of your ability, but still have poor overall health as a result of poor health determinants.

According to the World Health Organization’s official website, social determinants of health play a huge role in the overall health of a population. The WHO states:

”The context of people’s lives determine their health, and so blaming individuals for having poor health or crediting them for good health is inappropriate. Individuals are unlikely to be able to directly control many of the determinants of health.”

How Determinants Of Health Can Lead To Illness

The National Center for Biotechnology Information brought to light an interesting discovery in regards to social determinants of health. [They cite Thomas Mckeown](https://en.wikipedia.org/wiki/Thomas_McKeown_(physician)), who was a Scottish physician. Thomas McKeown conducted a groundbreaking study focused on the death records in England and Wales over the span of about a quarter of a century.

Dr. McKeown discovered something revolutionary. Between the mid 19th century and 1960’s, deaths from multiple causes saw a steady decline before cures and treatments became available. So what was the driving factor behind the increase in life expectancy? Thomas McKeown concluded that the improvement in living standards, including nutrition, sanitation, and clean water were to thank.

Dr. McKeown’s discovery showed how social determinants of health lead to lower standards of living, which in turn lead to health problems and illness. If you take a look at developed countries around the world, you’ll see that the US falls behind when it comes to life expectancy due to high rates of illness and disease, specifically obesity and heart conditions.

The US is a global leader when it comes to healthcare and medical technology, so why then is the life expectancy in the US ranked 26th out of the 35 developed countries around the world? The reason stems from social determinants of health.

While the US may have superior healthcare than other countries, other factors play a role. Determinants of health, such as poverty, expensive medical bills, and poor nutrition all contribute to illness and disease in the US. This is further proof the determinants of health play a significant role in a population’s disease and illness rates.

Determinants of health are not just isolated to physical health, illness, or ailments, but will also shape and mold the mental health of an individual. In an excerpt from the World Health Organization, they state the following:

”Disadvantages start before birth and tend to accumulate throughout life, although not all individuals with similar exposures have the same vulnerabilities; some are more resilient or have access to buffers and supports to mitigate the potential mental health effects of disadvantage and poverty.”

An example of a social determinant of mental health would be the parents who raised you. Your mental health may be shaped by the behaviors and attitudes of your parents. Childhood neglect, for example, has been linked to PTSD, which can bring about traumatizing memories which lead to “emotional and physical reactions” by an individual.

How Social Determinants Of Health Are Being Addressed In The US

Social determinants of health are not a new concept, and the health community in the US has been exploring ways to address the health equity gap in the US. One such initiative launched by the federal government is the Healthy People campaign.

The Healthy People campaign aims to close the gap in health equity in the US and create good health for all. According to the Healthy People website, they are attempting to address social determinants of health with the following:

Social Determinants Of Health Around The World

The World Health Organization has working offices in over 150 countries around the world, and their goal is to bring about a healthier future for everyone. The World Health Organization works closely with governments across the globe to eliminate health risks such as disease, poor air quality, poor nutrition, and bring new medical technologies and medicines to achieve higher health equity.