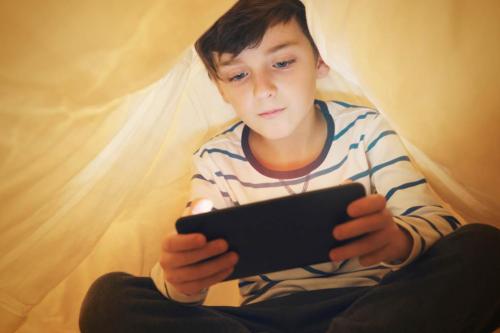 What Is The Impact Of Screen Time On Children?

Many parents wonder what the impact of daily screen time does to their children’s health. With this article you can learn ways to improve their screen usage.

Many parents may wonder what the side effects are to their children spending hours on screens in school and when they get home. Let’s take a deeper dive into the impact of daily phone, computer, and tablet usage.

Advantages and Disadvantages of Technology

Technology has made some positive moves when it comes to education and learning. It gives children a wealth of information at their fingertips. They can learn via webinars, message boards, video content, written content, and more. It also provides them with a way to interact with their friends, family members, and other people around the world. That’s not to say that technology doesn’t come with its share of disadvantages.

Too much screen time can be harmful to your child’s development and their cognitive, emotional, social, and overall health and well-being. You may have been concerned about your children spending too much on the computer or playing video games when they could be outside with their friends. It can also cause vision problems and require the use of computer glasses.

Maybe you’re one of those parents who doesn’t like it when their teens stare at their phone at the dinner table. The overuse of screen eyes like computers, smartphones, tablets, televisions, and video games are said to have negative impacts on the developing minds of children.

How it Negatively Impacts the Brain

The brain is complex as it is in the young. When you are not using all of your senses, you are not using the best of your brain’s’ abilities. Take the cliché, “Stop and smell the roses.” It turns out that there is something to this saying. A scientific study in the “Journal of Personality and Individual Differences” has shown that people are happier when they take the time to appreciate the little things in life.

Going outside is beneficial to your child’s mental health and well-being. Your child will feel more appreciation for the little things in life. They also get to use all five of their senses: their hearing, sight, smell, touch, and maybe even taste. This will also reduce their need to use computer glasses.

Your brain counts on using sensory interactions within the environment so that it can grow to its full potential. Your child’s mind is like a rose. If you provide it with what it needs, it will flourish.

Impact of Screen Eyes on Children

According to a statement from the American Academy of Pediatrics (AAP) in 2010, studies showed that children and young adults spent three hours each day watching television. Nowadays, children are spending over 7 hours each day looking at their computers, laptops, smartphones, tablets, televisions, and other electronic gadgets. The increasing popularity of streaming has increased the use of screen time.

Technology addiction is clearly defined as children over the age of two who use screen eyes for over two hours a day. The AAP has strongly advised against screen time in children under two years of age. When children at this age become accustomed to technology, they struggle with some of the following:

Technology addiction also has a negative impact on a child’s health and overall well-being.

This can lead to a lack of creativity, problems with critical thinking, a decreased attention span, and a decreased motivation for learning. It can also increase problems with vision, especially at night. This will increase their need for eye strain glasses at an early age.

Since the brain needs to be nurtured, sensory experiences and social interactions can help nurture your child’s brain. These experiences allow your child’s brain to grow and learn how to communicate with others outside of social media. Allow your child to have healthy friendships with other people in real time, so they can better understand their feelings and others’ feelings and behaviors.

Researchers have found that children who spend over two hours a day on technology will develop a technology addiction. This can lead to some or all of the following problems:

According to professor Thomas Robison at Stanford University, too much screen time not only relates to obesity, but also to aggression in children. Sitting for long periods at a time doesn’t allow children to release their fears, anxieties, and frustrations, resulting in this aggressive and violent behavior.

In a world that’s so obsessed with technology and social media, it can be hard to reduce screen eyes. But it doesn’t have to be difficult. Here are some activities you can use to keep your children away from their computers, smartphones, and video games. This can reduce their need for eye strain glasses.

The Importance of Parental Intuition

It is up to parents to reduce their child’s use of screen time. It can be hard to find out which methods and activities are the most effective to their children in a technology-obsessed world. The best way to handle this is to trust your intuition rather than to listen to researchers or the media. You know what’s best for your child’s growth and development.