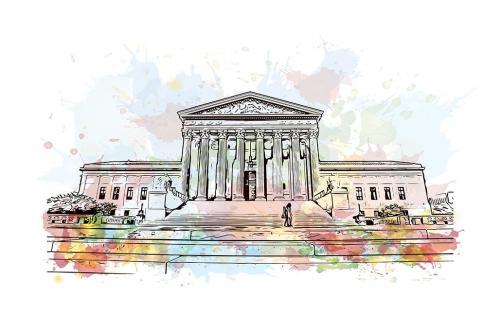 Overturning Roe Vs. Wade Could Result In Abortion Bans In 22 States

The recent retirement of Supreme Court Justice Anthony Kennedy, considered a moderate, if right-leaning, swing vote for the court, has generated a fiery debate about the future of the nation’s highest court. If as expected, President Trump’s nominee pulls the court further to the right, you may have heard the future of Roe vs. Wade will be at stake, as will abortion services in up to 22 states. It is hard at this point to predict whether that is true, but you are not alone in wondering what such a decision would mean.

America Without Roe Vs. Wade

Wherever you stand on the issue, the important thing to note is that if the Supreme Court overturned this landmark 1973 decision that legalized abortion, it would not instantly become illegal across the country. The matter would at that point revert back to the individual states to determine.

Republican states would probably outright ban the procedures or limit access to abortion. Democratic states would, to varying degrees, keep abortion legal and accessible. Laws already on the books in many states would be the initial framework on which abortion would rest.

The Center for Reproductive Rights, a pro-choice legal group, estimates that 22 states would automatically ban abortion, or move quickly to ban it, without Roe vs. Wade.

Will Roe Vs. Wade Be Overturned?

It is hard to say with any certainty how this would end up. You may have heard President Trump has nominated conservative Brett Kavanaugh, a judge on the U.S. District Court, to fill the seat. While his confirmation must still pass the Senate, there is little to think that won’t happen.

Kavanaugh has not yet had to consider any cases pertaining to Roe, and, in prior confirmations, he has promised to uphold precedent. Regardless of that fact, anti-abortion groups are thrilled by the choice and are prepping for the law’s eventual overturn.

You probably think a lot of this conversation rests on hypotheticals. That is true, yet there are several cases winding their way through the court system that could set the foundation for an eventual Roe vs. Wade challenge at the high court.

Several states have gestational bans, banning abortions after a certain date in a pregnancy, that is being contested. Additional states are trying to regulate abortion providers in such a way as to deter doctors from conducting the services at all. Finally, a recent Indiana law has banned abortions for cases where the fetus is alive but disabled.

The bigger question many analysts are debating is whether the Court would overturn Roe vs. Wade, even if it has the votes to do so. The justices, concerned with the court’s place in history, and their own, may prefer to protect prior precedent. In this scenario, they would still allow the states to restrict abortions to the point that they may as well be illegal, anyway. Wherever this ends up, you can expect to hear about the abortion battle for years to come.