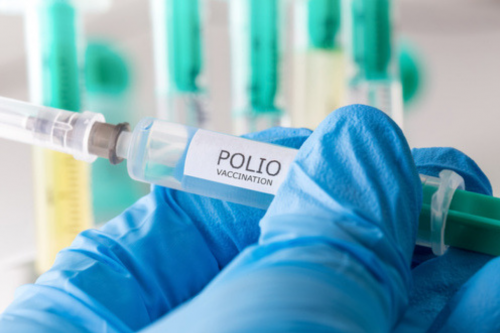 Record Breaking Polio-Like Illnesses In The US | Acute Flaccid Myelitis

Polio is a contagious viral illness that can causes nerve injury leading to paralysis, difficulty breathing, and even death. Learn more here.

The symptoms of Acute Flaccid Myelitis (AFM) mimic polio symptoms. The Center for Disease Control has been tracking AFM outbreaks since 2014. Since then there have been 484 confirmed cases of the disease, 158 of which have been diagnosed in 2018 alone.

According to the Center for Disease Control, 72% of people who contract the poliovirus will remain asymptomatic. The crippling form of polio is spinal-paralytic polio. There is also a non-paralytic form of polio. Bulbar polio attacks the muscles and respiratory system.

In 25% of cases, polio symptoms are the same as flu symptoms. On average these symptoms persist for 5-20 days. Other symptoms include:

Poliomyelitis only refers to the paralytic type of polio. According to the CDC to be classified as a polio patient a person must have poliomyelitis. The brain and spinal cord are affected by this type of polio. Paralytic-polio is potentially fatal killing between 2-10% of patients.

The symptoms for paralytic-polio include Paresthesia a tingling or a pricking sensation in the legs. The classic polio symptom is weakness or immobility in one or more of the limbs. Difficulty breathing and swallowing may occur. There is a .04% chance that contracting poliomyelitis will lead to meningitis an infection of the meninges the protective covering of the brain and spinal cord.

In 1908 two doctors in Austria, Karl Landsteiner and Erwin Popper found that polio is a viral infection. There are in fact three strains of the poliovirus. It is the type 1 virus that attacks the anterior horn cells in the spine leading to paralysis.

Polio can be contracted by traveling to areas where polio is still prevalent ie; Afghanistan and Syria, without having received the polio vaccine. People whose immune system is compromised because of HIV, pregnancy, or cancer treatments are especially vulnerable.

A communicable disease polio causes include poor sanitation and a lack of potable water. The poliovirus is transmitted through contact with feces or saliva from an infected person. Being transmitted through saliva polio can also be an airborne infection.

Polio cannot be cured only prevented and treated. Naturally, the treatment rendered will depend on the symptoms. The Mayo Clinic states that the objectives of polio treatment are to minimize discomfort, accelerate healing, and prevent lasting damage.

As paralytic-polio can affect the muscles that control respiration and swallowing apparatus to assist breathing and a special diet may be necessary. Braces and splints are used on limbs to compensate for deformities and weakness. Splinting can also relieve pain and muscle spasms.

Warm compresses and heating pads are also used in the treatment of pain. Physical therapy is used to minimize the loss of mobility. In certain cases, orthopedic surgery is needed.

In 1960 there were over 2,500 cases of polio in the US. After a national immunization program was launched in the US in five years the number of polio cases had dropped to 61.

Worldwide programs to promote personal hygiene, improved sanitation, and safe drinking water have proven effective in polio prevention. As a case in point 762 people in India were stricken with polio in 2009 reports. A program to foster greater cleanliness was implemented in rural Indian communities. Through increased vaccination and the establishment of proper sanitation facilities, polio was declared eradicated in India in 2014.

The crippling illness called Acute flaccid myelitis (AFM) first appeared in 2014. Since then the number of cases has been on the rise reaching record numbers this year. The origin of the disease is currently unknown. Poor hygiene and other polio causes are known while the source or sources of acute flaccid myelitis are as yet undetermined.

Researchers have explored multiple potential AFM causes, but their efforts remain inconclusive. While polio treatment protocols exist currently there is no treatment for acute flaccid myelitis. As the symptoms of AFM are similar to polio symptoms scientists are using polio survivors to try and find answers to the AFM mystery.