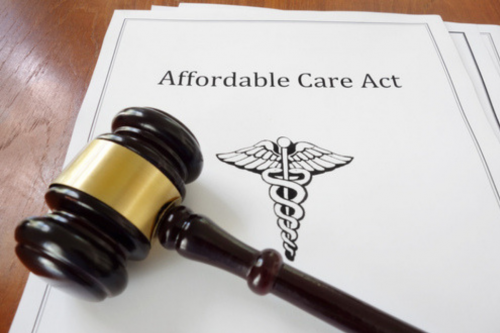 What is going to happen now that the Affordable Care Act was ruled unconstitutional? How will this affect the people insured under the ACA?

The Supreme Court ruled that the individual mandate penalty is a tax. Therefore the ACA was legal because the government has the right to levy taxes. The recent circuit court decision was based on the virtual elimination of the individual mandate fine by congressional Republicans. The circuit court judge determined that the elimination of the penalty renders all provisions of Obama’s healthcare legislation unconstitutional.

The Federal Judge Reed O’Connor who handed down the ruling against the ACA immediately stated his decision. A stay prevents any further legal action from being taken. Judge O’Connor likely issued the stay in anticipation of his ruling being appealed.

Fifteen states have petitioned the federal courts to keep Obamacare in place until the appeals process is complete. A coalition of state attorneys general will be filing for an appeal of Judge O’Connor’s decision. If accepted the appeal will be heard in Louisiana’s 5th Circuit US Court of Appeals.

Should the 5th circuit court uphold O’Connor’s ruling the case can be taken to the Supreme Court. Depending on how the various proceedings progress ACA subscribers could spend the next two years in limbo.

As quoted on Kaiser Health News chief Washington correspondent Julie Rovner declared, “Nothing changes for now”. Rovner encouraged people not to abandon plans to enroll in the Affordable Care Act.

To date, the ACA has survived 70 attempts at repeal. Should this latest attempt succeed Rovner warns of, “…an enormous disruption.”

Effects on the Healthcare System

An article reports that any repeal of or alterations to the ACA would financially devastate rural hospitals. One concern was people being unable to seek treatment before an illness reaches the point that hospitalization is required.

From 2010-2015 Obama’s healthcare legislation had proven to be financially beneficial to medical providers’ bottom lines. In 2016 healthcare companies saw the value of their stock drop 13-29% because of President Trump’s threats to abolish or radically alter the ACA.

Obamacare expanded Medicare so that an additional 10 million people could be insured under the program. According to AARP the ACA actually strengthened Medicare by putting more assurances of treatment in place. The Affordable Care Act altered the way Medicare is financed. Julie Rovner opined that if appeals to save the ACA fail the government won’t be able to subsidize Medicare.

In fairness, it is hard to predicate the exact consequences of an Obamacare repeal. In part because no one is certain what opponents of the ACA plan as a replacement. The other unknown is what if any parts of the Obama healthcare plan will be part of a replacement plan. For example, up until the idea cost Republicans the house during the recent mid-terms President Trump had sworn to eliminate mandatory coverage for preexisting conditions.

Under the ACA treatment for miners with black lung disease is provided. President Trump wants to eliminate that provision. Under the ACA companies that employ 50 plus must provide nursing mothers with a lactation room. If Republicans draft a replacement healthcare bill it appears for the time being that the lactation room provision will be kept.

Under the Obama healthcare Native Americans have greater access to preventative and wellness services. The future of that provision remains to be seen.