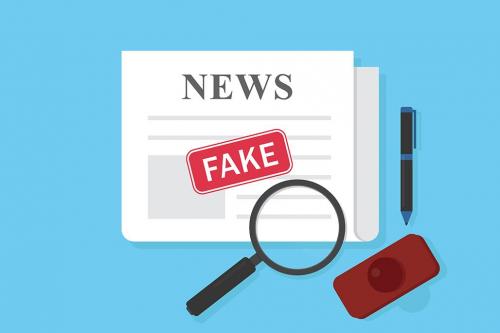 In today’s Trump vs. the media climate, it’s often hard to decipher between fact and fiction. However, a recent report by the Commonwealth Foundation isn’t holding up after a new report was released.

According to recent media reports which quote a study from the Commonwealth Foundation, approximately 4 million Americans have lost their health coverage under the Trump administration. However, these claims have come under scrutiny after the new report was released. The National Health Interview, conducted by the United States Centers for Disease Control and Prevention, indicated that the actual number of Americans who have lost health insurance under President Trump is much closer to 100,000, or may even be statistically negligible.

Uninsured Numbers According To The Commonwealth Foundation

According to the Commonwealth Foundation’s recent study, the uninsured rate among working-age people between the ages of 19 and 64 in 2016 under the Trump Administration was 15.5% which was up from 12.7% in 2013 under the Obama Administration.

This translates into approximately 4 million Americans who lost their healthcare coverage per the Commonwealth Foundation.

The National Health Care Interview Survey is a program conducted by the United States Government Centers for Disease Control and Prevention (CDC) that is considered the “Gold Standard” for determining the actual number of Americans who have do not have healthcare coverage.

This survey has been conducted by interviewers for the United States Census Bureau since 1957 and collects information on a number of health-related issues including numbers of cases of different medical conditions, number of Americans currently having healthcare insurance, number of doctor’s visits for various medical problems and current levels of physical activity.

According to the latest National Healthcare Interview Survey, during the years 2016 to 2018, the uninsured rate among Americans during the Trump administration had increased only one-tenth of one percentage point, which calculates to roughly 100,000 adults who have lost their healthcare coverage.

Additionally, according to the NHIS, in the first 3 months of 2018, 28.3 million persons of all ages were uninsured which was statistically the same as in 2017 and 20.3 million fewer Americans than in 2010.

Experts believe that this lower rate of uninsured Americans could be due to a decreased percentage of people under the age of 65 who are purchasing healthcare plans through the Affordable Care Act’s Market in conjunction with offsets caused by increases in employer-sponsored health insurance.

Some researchers now believe that even the 100,000 number is inflated and could actually be a “statistical blip” and that the truth is that no additional numbers of Americans have really lost their health care coverage under the Trump administration as claimed by many media outlets.

Some media outlets now claim that up to 5 million Americans are destined to have lost their healthcare insurance by 2019. These widely inflated numbers, however, do not stand up under scrutiny and so should be closely examined before being believed at face value.

Are you or someone you know one of the millions of uninsured Americans? Well, you don’t have to be anymore.

FirstQuote Health specializes in helping Americans like you find affordable health coverage that not only fits your needs but your budget as well. If you’re in the market for health insurance, all you have to do to get started is type in your zip code, compare the different quotes in your area, and enroll today.