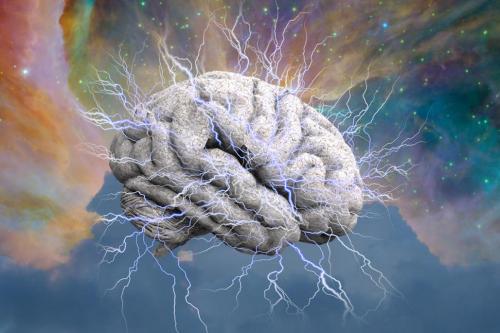 Psychedelic Drugs May Be Changing The Way We Treat Mental Health

Psychedelic drugs are making waves in the fields of health and science after early studies are yielding positive results in the fight against mental health issues.

Are the psychedelic drugs of the 1960’s counterculture about to make a massive comeback? The answer is yes, but maybe not in a way anyone would expect. This time around, it is the medical profession that is taking a keen interest in the value of mind-altering drugs. New research findings seem to run counter to what we know of drugs such as LSD, mushrooms, DMT, and mescaline. Researchers have uncovered evidence that these chemicals may be successful in treating a variety of mental health disorders. Think of it as psychedelic therapy.

Depression, addiction, and PTSD (post-traumatic stress disorder), all of which are on the rise in today’s society, are proving particularly resistant to modern treatment methods. UK scientists at the Imperial College London are about to begin a year-long study of psychedelics and psychosis. They aim to compare the efficacy of psilocybin, a derivative of the so-called magic mushroom, in treating depression.

The trial will compare psychedelic drugs like the psilocybin compound against the treatment outcomes of escitalopram, one of the most prominent SSRI’s on the market today. SSRI’s, or selective serotonin reuptake inhibitors, have become the most prescribed pharmaceuticals for the treatment of depression.

The comeback of psychedelic drugs would be surprising to anyone who followed the rapid rise, and ultimate fall, of these drugs back in the 1950’s and 60’s. It was thought at the time that the drugs might be a panacea for mental health issues. They were soon, however, permanently and inextricably linked to the swinging celebrity culture of the time. Psychedelics were illegal in the United States by 1968 and the international community soon followed. In their place came the SSRI’s that are so prevalent today.

This reputation began to soften in the 1990’s, culminating in a landmark study of psychedelics and psychosis at John Hopkins in the mid-2000’s. That study, using psilocybin, found that more than three-quarters of patients suffering from depression saw a marked reduction in symptoms. Psychedelic therapy has also proven effective in helping with smoking cessation.

The downsides to psychedelic drugs like psilocybin are many of the same things that made the drugs so popular recreationally. They send users on mind-bending trips and that loss of control can be overwhelming for patients. Within the constraints of rigorous scientific study, patients are administered pure, regulated forms of the drugs and are monitored by a trained team of professionals. Out in the real world, this form of treatment won’t be viable for all patients.

These findings bring the medical field one step closer to understanding the benefits and drawbacks of psychedelic drugs, but studies until this point have been limited. It will take years of research to try and sort out what is effective and whom it is effective for. Ultimately, while these solutions won’t be the cure-all for mental health, psychedelic therapy does have the potential to take patients on a trip