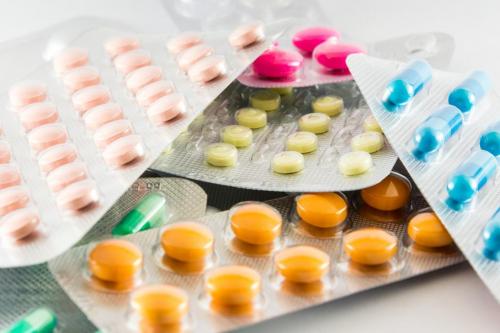 It’s been months since the blueprint for lower drug prices was released, but it looks like the US Department of Health and Human Services is finally making headway with their latest statement.

It has been several months since President Donald Trump released his blueprint to tackle growing drug prices in the US healthcare system, and the administration finally appears to be making moves on its promise. Prescription costs have long been a concern for politicians and citizens alike and, while no one can be certain that lower drug prices are on their way, experts are eyeing White House plans with some curiosity.

New rules and guidelines have begun circulating within the Food and Drug Administration (FDA) and the Centers for Medicare & Medicaid Services (CMS). Stakeholders within the administration have presented a culture focused on actual reform over meaningless rhetoric. Outside analysts have more mixed views on the efficacy and potential of the new policies, with even the more optimistic supporters of the President’s plans noting that while there is a lot of chatter in the White House, little meaningful change to lower drug prices has yet occurred.

What Is the Administration Doing To Lower Drug Prices?

The President’s so-called “blueprint” to attack soaring drug prices is built on a multi-pronged strategy, with a specific focus on increasing competition amongst the pharmaceuticals makers. As a result, you may find yourself prescribed more generic medications as well as other viable alternatives to name brand drugs and other expensive medications on the market. This includes finding cheaper alternatives to costly biologic drugs.

There are also rumblings that the FDA may be using the Federal Trade Commission to pressure drug manufacturers about unfair and uncompetitive practices in the industry. Rumored plans also include steps to reform a perplexing system of hidden rebates given to drug manufacturers and reforming the drug purchasing formula for the Medicare Advantage plans run by commercial insurers. The administration is also allowing some states to experiment with value-based drug purchasing within their Medicaid programs.

Finally, the President hopes to leverage foreign trade deals to pressure other countries to pay more for the US-made drugs they now get at a steep discount. In effect, the high pharmacy prices Americans pay subsidize costs for the rest of the world.

Will These Policies Have A Meaningful Effect On Drug Prices?

The real question in all this is will you see cheaper prices on your next visit to the pharmacy? The answer seems to be maybe, but some experts believe these changes will only have a minimal effect on drug prices at the margins. The rebate plans, for instance, may make the cost of drugs cheaper for some patients at the time of purchase, but they don’t lower a drug’s actual price. If the rebate goes away, so do any cost savings.

The value-based reforms in state Medicaid programs are another area where it’s hard to determine what the outcome will be. CMS has approved waivers for Oklahoma and Louisiana to introduce value-based frameworks into Medicaid drug purchasing, but a similar plan in Massachusetts has been denied, for little obvious reason. That plan would have allowed the state, already operating one of the most successful and efficient Medicaid programs, to move its prescription coverage towards drugs that are shown to be both cost-effective and improve health.

With a seemingly arbitrary waiver process, it is hard to see how these reforms can have a meaningful effect for all Americans.

What Do Everyday Americans Think?

You’ve heard from the experts, but what effect do you think these changes will have on drug prices? If recent polls are to be believed, the American people have little faith that these changes will influence the cost of prescription drugs. Barely a quarter of Americans have even heard of President Trump’s drug pricing blueprint. For those who have heard of the plan, less than half (42%) believes these changes will actually lead to lower drug prices.

That being said, the drug policy changes are popular with a majority of Americans, including both Democrats and Republicans, though few believe they will lead to significant financial results. For instance, 66% of all polled liked the idea of the FDA allowing more generic drugs to enter the market. The consensus seems to be that the Administration’s reform plans are all welcome but probably won’t have a huge effect on the prices you pay at the drugstore, at least not right away.