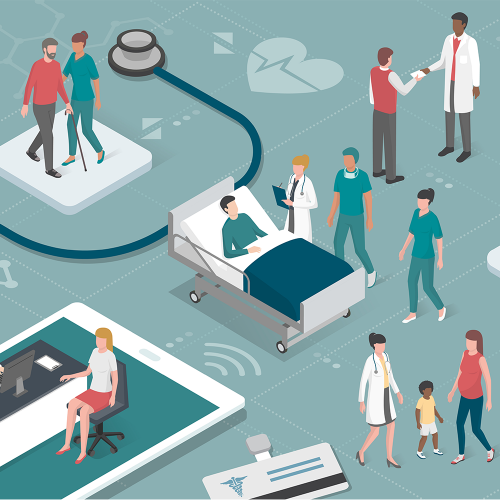 Obamacare reshaped healthcare in the US, most importantly for those living with pre existing conditions.

In the news recently, you have probably been hearing a lot of pre existing conditions in reference to health insurance. Currently, the GOP is trying to repeal and replace the Obama-era healthcare act known as the Affordable Care Act. They plan to replace it with the American Health Care Act, popularly referred to as Trumpcare. Because of this, many Americans are concerned about what will happen to their health insurance if they have a pre existing condition like diabetes, obesity, or pregnancy. At the moment, the ACA offers protections to those with pre existing conditions. However, this was not always the case. Let's take a look at what obtaining health insurance was like before Obamacare was enacted.

In 2010, President Obama passed the Affordable Care Act. Before this, it was up to states and insurance companies to set regulations about pre existing conditions. Unfortunately, during this time, many insurance companies denied coverage to those with this type of condition. They also charged them higher premium rates and could offer coverage for everything except the pre existing condition. Companies were also allowed to use an annual or lifetime cap on coverage. This meant that people with chronic conditions that required expensive treatment could run out of insurance quickly. This often left them with large and unmanageable medical bills.

Many states in the country allowed insurance companies to do this and did not provide coverage for pre existing conditions. These states used exclusion periods and elimination riders so they could avoid paying for people with pre existing conditions’ health coverage. These regulations mainly applied to the individual health insurance market, not the group plans that many people join through their employer. In fact, many Americans did not even realize the individual market was different until they lost their jobs and their group coverage. A loss of group coverage meant paying the entire premium without an employer subsidy. This made it difficult to find affordable health insurance and many were priced out of affording healthcare because of a pre existing condition.

Every HMO had their own list of pre existing conditions that could possibly trigger denial or higher premiums. Insurance companies also employed hundreds of underwriters whose only job was to make decisions about whether or not an applicant was suitable for coverage. If they felt an applicant would be a risk, they mailed out a rejection letter.

During the health care reform debate, Congress led an investigation into this practice. It uncovered that more than 400 medical conditions or diagnoses were used to justify a denial of coverage. Some of the conditions on the list included:

This investigation only surveyed four large insurers and covered a three year period from 2007 to 2009. These four companies alone denied health coverage to 651,000 individuals because of pre existing conditions. This translates to one in seven people who applied for health insurance. The investigation also found that the number of denials increased year after year.

The Present and the Future of Healthcare

At this moment, the ACA is still in effect. This act includes provisions that prevent this sort discrimination. An HMO cannot charge more or refuse to cover an individual with a pre-existing condition. However, thanks to Trumpcare, health care could return to its pre-Obamacare regulations. The AHCA would once again give states the power to decide whether or not health insurance must be provided to individuals with pre existing conditions. It is likely that states who denied coverage to people with this type of condition before the Affordable Care Act would likely do it again.

Additionally, there is speculation that even more ailments would be included on the already long list of pre existing conditions. In addition to pregnancy, cancer, and other conditions, the new healthcare bill could leave an HMO open to denying coverage for ailments like acne, asthma, and depression. There is a good chance that even more people would be unable to find affordable health care if the AHCA does pass into law.