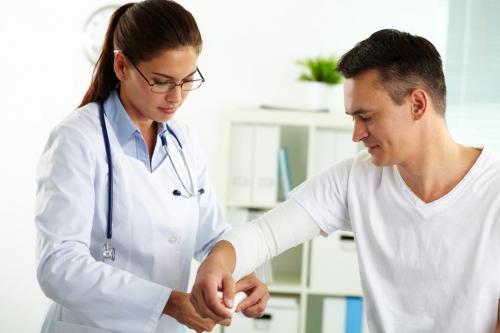 There's no denying that Paul Ryan has been one of the most polarizing political figures in recent years. After the announcement that Ryan will no longer seek re-election, it's time to take a look back the legacy he left on the US healthcare system.

Since House Speaker Paul Ryan announced he would not seek re-election, with plans to leave Congress in 2019, many have gone over the ups and downs he’s had in his attempts at health care reform. In spite of the setbacks, there is no denying that Paul Ryan left his mark on the U.S. healthcare system.

The Patient’s Choice Act was somewhat similar to John McCain’s campaign proposal at the time. It planned to erase the employer tax exclusion in an effort to eliminate the favoritism toward employer-based health care coverage. Instead, there would be a refundable tax credit for everyone.

As with the McCain proposal though, there were notable differences between Ryan’s plan and the ACA. For one thing, the Patient’s Choice Act planned to restrict Medicaid to low-income disabled people while the ACA planned to expand it. In addition to that, the Patient’s Choice Act meant to auto-enroll individuals into state exchanges when they perform certain acts like getting a driver’s license.

No matter the plan, the Paul Ryan led Patient’s Choice Act wound “dead in the water”, so to speak, as it was never enacted.

Plans for a Paul Ryan health care reform never ceased even with the failing of the Patient’s Choice Act. Instead, Paul Ryan found himself aligned with the GOP as a whole once they began their push for the American Health Care Act (AHCA or “Trumpcare”).

This was another Paul Ryan health care attempt that experienced highs and lows. Though it managed to pass through Congress on May 7, 2017, by March 24, Paul Ryan announced that they would pull the bill from the floor as it lacked the necessary votes. This would eventually set forth a domino effect in which various legislations were attempted to try and remove and repeal the ACA.

Eventually, there was a version of the plan to repeal and remove the ACA that passed through the House. This minor victory was one that did not last for Paul Ryan as the Senate failed to come up with their own, thus leading to yet another setback.

As with the ending of the Patient’s Choice Act, the roadblocks seen with the AHCA did not stop him from going forth with his health care goals. Rather, by the end of 2017, Paul Ryan spoke about getting back to “entitlement reform” to trim down the federal deficit. This would be done focusing on cutting spending on Medicare and Medicaid as well as to welfare programs.

With 2018 in full effect, Paul Ryan still has yet to make good on any of his proposals, in particular, the ones about entitlement reform. This is largely due to the fact that he continues to see some strong opposition from Democrats.

Now, this isn’t to take away the successes he’s seen as Speaker of the House for two and half years, but most of this deal with overhauling the tax code. When it comes to the Paul Ryan health care legacy, he, unfortunately, came up a bit shy of his overall goal.

Nevertheless, no one can deny that he is leaving a legacy behind as he pushed people to start focusing more on just how costly health care is in terms of entitlement costs.