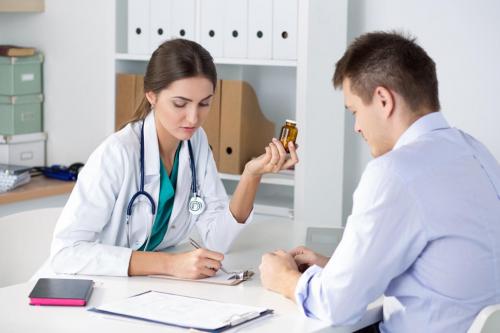 Opioid Prescriptions Have Been On The Decline New Report Shows

According to numbers released by the major US health insurance company, Blue Cross Blue Shield, the number of patients being prescribed opioids is on the decline amid the opioid crisis.

It is likely by now that you have heard about the opioid crisis in the United States. It is a frightening and critical problem often described as a national crisis. It is all the more troubling because opioid addiction usually starts with legally prescribed medications for pain treatment. You are someone you know has probably been prescribed this very type of drug at some point, so pervasive is its reach in everyday medicine. Opioids are used to manage the effects of chronic pain and to assist with post-surgery healing.

Well, the Blue Cross Blue Shield Association has recently released findings that offer a glimmer of hope. Per the health insurer, one of the nation’s largest, both opioid prescriptions and diagnoses of Opioid Use Disorder declined last year, and in the several years before it.

The Downtrend In Opioid Usage

Blue Cross Blue Shield reviewed more than 40 million medical claims and found that over the previous 4 years, opioid prescriptions dropped by 29% across the country. Thirty-four states saw even bigger decreases, with Massachusetts, Rhode Island, Mississippi, Vermont, New Hampshire, and New Jersey leading the way. The prescribing rate for Blue Cross members is now the lowest it has been in more than a decade, at 66.5% per 100 people, or 214 million total opioid prescriptions.

Between 2016 and 2017 alone, Blue Cross found that the diagnosis of Opioid Use Disorder dropped from 6.2 per 1000 members to 5.9. It was the first such decrease in 8 years of studying the issue.

What Is Opioid Use Disorder?

Regardless of how familiar you are with the Opioid crisis, you may be curious just what Opioid Use Disorder actually looks like. Opioids are a class of drug used to relieve pain, but they are also known to have other effects, most notably a feeling of euphoria. It is this euphoric feeling that heroin, the most famous of the illegal opioids, is known for. Legal opioids include the commonly prescribed painkillers oxycodone and hydrocodone.

The search for ever-greater euphoric highs often fuels the disorder. Sufferers often start out on legally prescribed opioids, later switching to heroin due to its ubiquitous presence on the illegal market and its low cost. Almost 2.5 million people were diagnosed or living with the disorder in 2014.

Symptoms include increased tolerance to opioids, interference with daily obligations, and the inability to stop using the drugs. It is that inability to stop, an absolute need for the drug in order to function, that is the most damaging aspect of opioid abuse. It often leads to overdose and death. More than 17,000 deaths were attributed to opioid overdoses in 2011 alone. Those deaths have increased by a staggering 265% in men and an even more startling 400% in women since the late 1990’s.

Is The Problem Solved?

While the Blue Cross study has provided some hope for the Opioid epidemic, and those suffering from its destructive hold, it is still a massive problem across the country. Even with the decreases, more than a 240,000 Blue Cross members were diagnosed with Opioid Use Disorder in 2017, with the highest rates coming out of New England and the South. This comes despite massive improvements in both regions.

The opioid problem seems to be specific to these regions and in certain counties and localities in particular. Some such counties had to prescribe rates that are 7 times the national average.

While the results of the Blue Cross Blue Shield study offer promise and hope, and maybe the start of a turnaround, opioids are still destroying many lives. With the subject making headlines more and more, that awareness can hopefully act as a deterrent and a cautionary tale for doctors, patients, and users alike.