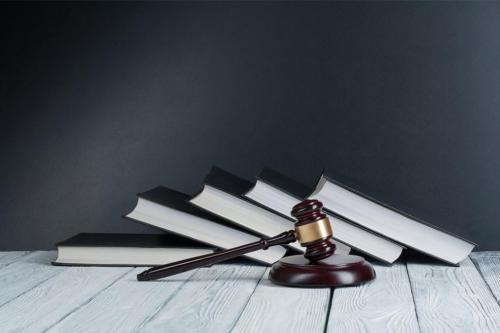 The Centers for Medicare and Medicaid Services (CMS) just released their "Final Rule" for Open Enrollment 2019, and here are the key takeaways and changes to watch for in the following year.

Open Enrollment 2019 has just begun, and will run from November 1 through December 15 (in most states). During this time, individuals and families across the country will be able to enroll in health insurance plans through state marketplaces.

For the second consecutive year, the Trump administration has shortened the Open Enrollment Period (OEP) from 90 days to 45 days, which occurred for the first time last year, and it appears as if that change will carry over for the foreseeable future. Open Enrollment Period for 2019 will feature some new changes this year which were outlined by the Centers for Medicare and Medicaid Services (CMS) earlier this year with their “Final Rule” for the upcoming OEP.

President Trump made it clear that one of his primary goals while in office was to fix America’s broken healthcare system. After many failed attempts to repeal and replace the Affordable Care Act (Obamacare), it appears that these new CMS rules will attempt to fix the current system rather than dismantle the marketplace. Here are the key changes you should expect for Open Enrollment 2019.

With fewer regulations on benefits, the new rule will give health insurance companies more flexibility. With more flexibility, the Trump administration is hoping insurers will get creative with their policies, bringing more competition and options to the marketplace for consumers.

The individual mandate was repealed for 2019. Meaning, Americans without health coverage in 2019 will not be subject to a tax penalty. However, up until Monday, anyone without health insurance in 2018 would still have to pay up come tax season.

The new CMS rules, titled in true Trump fashion, “Final 2019 Payment Notice Rule To Increase Access To Affordable Health Plans For Americans Suffering From High Obamacare Premiums,” could potentially save you from paying a tax penalty this year. The new rule provides exemptions to residents living in counties where no health insurance companies offer coverage, or only one insurer offers coverage. The rule also states that those living in counties where the only available health insurance plans cover abortion can also be exempt from a tax penalty for 2018 if it goes against their religious beliefs.

The final CMS rule is also going to attempt to improve the integrity of the Advanced Premium Tax Credits (APTC) program. It hopes to do this by “implementing stronger checks” that would take tougher measures to verify anyone applying for Advanced Premium Tax Credits earn the income they claim. The new measure is also going to disqualify any applicant who fails to file taxes or reconcile prior APTCs.

Bring Stability To The Marketplace

The Medical Loss Ratio (MLR) was put in place under the Affordable Care Act, with the purpose of ensuring health providers offer value to their members. The Medical Loss Ratio is scored from 0% to 100%, and measures the amount of money from member premiums spent by health insurers on members’ claims rather than overhead costs. For example, if a health insurance company allocates $0.90 of every dollar to cover medical claims, and the remaining $0.10 to cover overhead costs, the MLR score for that insurer would be 90%.

The last major takeaway from the new CMS rule is the change to Rate Review. Under the Affordable Care Act, insurance companies had to justify any premium increase of 10% or more, but that number will jump to 15% in 2019. Also, the CMS final rule will get state regulators involved in the Rate Review process, and exempt student health insurance plans from federal Rate Review requirements.