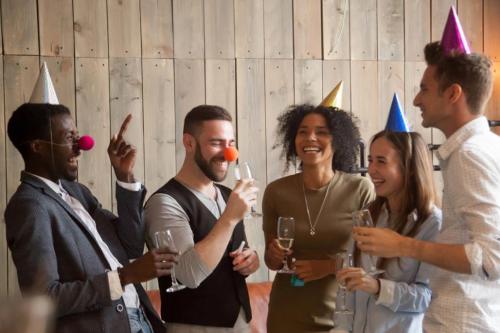 New Study: The Consumption Of Any Alcohol Is Bad For You

A new study, funded by the Bill and Melinda Gates Foundation, claims there is no amount of alcohol consumption that is good for you. This comes after numerous reports that in moderation, alcohol has a number of health benefits.

You can be forgiven for thinking the occasional glass of wine is not a bad thing. In fact, there have been a number of scientific studies in recent decades that purport to show a connection between moderate alcohol consumption and longevity. For many years, red wine was the champion, with studies linking wine to reductions in heart disease and other related conditions.

However, a new study from the Global Burden of Disease, however, has popped the bubble on the health effects of alcohol consumption. The study, funded by the Bill and Melinda Gates Foundation, found that a third of the global population drinks alcohol, with a higher percentage of drinkers in the male population, 39% versus 25% of females. This amounts to an average of.73 drinks per day for women, and 1.7 drinks per day for men, with 2.4 billion total drinkers around the globe. The researchers considered a standard drink to be 10 grams of alcohol, which is the same as a can of beer, a shot of liquor, or a glass of red wine.

Should You Be Drinking Alcohol?

After reviewing over 25 years worth of data on alcohol consumption and healthcare outcomes in 195 countries, the study determined that there is no level of alcohol consumption that has an overall beneficial effect on your health. The study concluded that, in fact, alcohol was the single, leading indicator for disease across the globe in those between the ages of 15 and 49. Alcohol accounted for almost 3 million deaths in 2016 alone.

In particular, the study pointed to alcohol as an important factor in the risk of developing cancer, linking alcohol consumption to 5% of all cancers. Further research showed that alcohol consumption is the leading cause of cancer in those above the age of 50.

The study noted though that alcohol-related death can also include things like driving incidents and various forms of self-harm. In younger populations, alcohol consumption can manifest in a greater incidence of tuberculosis. The researchers concluded that no measurable level of alcohol yet found is truly good for you.

Business leaders from around the alcohol and liquor industries have been quick to respond to the study. They’ve pointed to the number of studies showing a relationship between alcohol consumption and an improvement in a number of health conditions. This includes a recent recommendation by the American Heart Association on the benefits of alcohol, calling moderate consumption one of the five leading indicators of longevity.

These same groups have also made a point of differentiating between alcohol abuse and moderate consumption. Rather than call for alcohol abstention, they encourage researchers and experts to focus on alcohol disease.

Are There Any Health Benefits To Alcohol Consumption?

The study found that, as previously researched, moderate alcohol consumption is good for the heart, particularly in preventing heart disease, but the good news stops there. The study shows that the negatives outweigh the positives. Cancer and other alcohol-related injuries and illness pose a higher risk to individuals than any heart benefits.

For some doctors, the pleasures associated with an occasional social drink may be more valuable to their patients than potential health concerns. That is to say, no one is suggesting you stop drinking, but you should be aware of the potential risk factors.

What Other Experts Are Saying

Cancer experts have been quick to say they aren’t encouraging you to completely abstain from alcoholic drinks. The science shows that some level of drinking is ok, but no one is certain yet what that amount is. Some in the medical field have even pointed out that driving isn’t safe but your doctor doesn’t tell you not to ever get behind the wheel.

For now, if you are hoping to prevent cancer in your body, then the less alcohol you consume, the better your chances are at prevention. That doesn’t mean though, you can’t enjoy a glass of wine or a bottle of beer, from time to time.