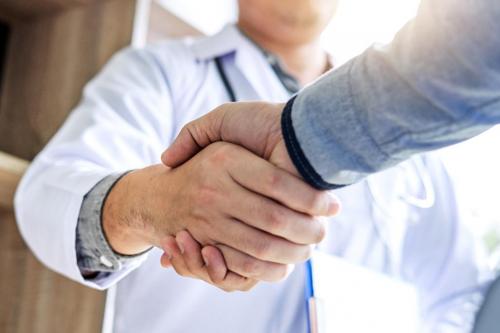 Recently, we as Americans have been exposed to a constant chatter of improving healthcare. We have listened to news reports, radio reports and social media updates for ideas, plans and actions over the course of the last year. In these talks, we have all heard the term “Association Health Plans". Many of us, however, have no idea what exactly Association Health plans are. Let us take a look at an Association Health Plan is and see what they mean and let’s take a peek into the recent news surrounded such plans.

What is An Association Health Plan?

Recently the Trump Administration has changed some of the rules for the Association Health Plan (AHP) policy. People who run sole-proprietor businesses (those who are working bosses with no employees) and their families, will be able to become part of the Association Health Plan group. This will create a new path for families and those who own smaller business to obtain high quality and affordable health insurance. The policy also changed how companies could band together within an AHP.

It used to be required that members had something beyond the need for insurance in common to band together. However, the policy now only requires the bond of geographical location or a mutual business interest.

Recently President Donald Trump made headlines for celebrating the successful “numbers" of Association Health Plans. What has left many stumped, however, is that these plans will not become available until September of 2018. Trump made remarks on the success of these policies during an event at the Northeast Iowa Community College. According to President Trump, the numbers coming in were “incredible". Although President Trump did not refer to the Associated Health Plan directly, he did make mention of Alexander Acosta.

Alexander Acosta is the secretary of labor and his department was responsible for publishing the guidelines and regulations for the policies a month prior. President Trump went even further when he referred to the Obama Healthcare policies and how incredibly disastrous he thought it was. President Trump compared the two policies and mentioned how people are now able to get “really good" care.

Many people think that under the Trump Administrations order there will be room for discrimination and other cherry picking. However, insurance providers will not be able to set premiums based on age, place of employment or other determining factors.

In conclusion, an Association Health Plan will benefit those who own their own businesses and to those who are considered working sole-proprietors with no employees. The Association Health Plans will help employers and employees save money in regards to health coverage. Although many are worried that to save money, the health coverage from employers will have to reduce coverage, individuals will need to speak with their employees and of course, see all the options offered by private insurance providers to decide what is right for them.