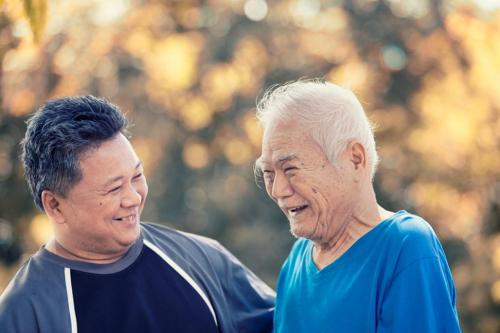 A cure for Alzheimer’s and dementia? A new drug may be the answer to aid in the fight against the two debilitating diseases, with early results showing promise in regenerated lost brain cells.

As we age, there are a host of diseases that can affect both our bodies and mind. Modern medicine has made great strides in the ability to ward off many diseases, and in some cases, completely heal them. While people are living longer, there are several diseases where there has not been enough significant progress to reign in their severity. This has been the case with cancer, heart disease, and Alzheimer’s treatment.

Where Alzheimer’s And Dementia Currently Stands

Alzheimer’s and dementia are two of the most difficult mental and physical health conditions to deal with for both the patient and their loved ones. While the two diseases are often confused as one and the same, there are some key differences that separate the two.

Dementia has a host of underlying causes, and not just Alzheimer’s. That is why certain types of Alzheimer’s treatment has been less effective in the progression of some types of dementia symptoms. No matter the cause, the symptoms of these two are often debilitating. Over time, so much of the patient’s memories and cognitive abilities are hampered and the problems become more complex to deal with.

The process of suffering from a slow loss of cognitive capabilities can be very painful to experience and witness. While the medical science world has narrowed down some of the potential basic reasons this can occur on a biological level, progressive treatments for the diseases have been evasive.

Most often the prognosis for these conditions is rarely positive. This can leave both patients and their loved ones overwhelmed. However, there is some good news on the horizon for these two diseases.

Is There A Possible Treatment To Reverse Damage On The Horizon?

Today, global medical research and modern medical technology are at the cutting edge of breakthroughs for many diseases. This includes battling for more effective Alzheimer’s treatment and dementia medications.

Of the more recent medical breakthroughs, one of the most exciting is the possibility of a new drug that can reverse Alzheimer’s symptoms. While there have been a variety of dementia medications available, few of them have provided any significant relief for patients who suffer from either dementia or Alzheimer’s symptoms.

Finally, some progress is being made and the breaking news that a drug out of Canada has shown significant promise in animal trials is sending shockwaves through the medical community. This new Alzheimer’s treatment has shown positive effects on mice in as little as a half hour.

Additionally, not only has the drug shown promise is slowing the decline of cognitive ability, it is also showing an ability to regenerate cells that have been damaged. Unlike other dementia medicine on the market, this medicine will have the potential ability to treat other mental health disorders like schizophrenia as well. The drug, which is a type of benzodiazepine has some similarities to some of the other current drugs on the market that are used to treat some forms of anxiety and depression.

The chemical compounds in the drug comprise of some similarities to the drugs Xanax and Valium. The design of the active component of the drug is focused on targeting the memory nerve receptors in the brain to bring about enhanced functioning and repair.

How Close Are We To A Cure For Alzheimer’s And Dementia?

During recent scientific lab testing of the drug, scientists found positive results when using the drug on mice that had signs of memory loss. The test results showed a conclusive marked improvement in memory function in almost all of the test animals.

Currently, there are plans to begin testing the new drug on humans within the next two years. This will be an essential part of the process to get the drug out on the open market as a prescribed medicine for those who suffer from the debilitating effects of dementia and Alzheimer’s symptoms and need treatment. Once human trials have begun, the process will take several more years before it will be ready for widespread human use.

So, while the potential for the new drug is promising, there is work ahead. It should be noted that the drug is considered one of the first of its kind that can potentially treat Alzheimer’s and dementia symptoms, and also looks promising to reverse some of the damage done by these diseases. For those who are suffering from either of these diseases, there will be many new important advancements to pay attention to in the next several years.