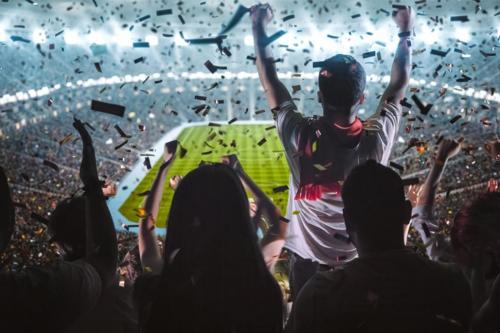 After record lows, Europe has seen a resurgence of the measles over the last few years. With the World Cup being held in Russia this year, experts are recommending all travelers protect themselves with the measles vaccine.

It’s just about that time of year again, when soccer fans around the globe will be glued to their television sets, cheering on their favorite teams. Some of the most dedicated fans will follow their teams to Russia, where the World Cup is being held this year. However, before considering making the trek, many experts are recommending travelers protect themselves from potential danger by getting the measles vaccination.

Measles Making A Comeback In Europe

Earlier this year, the World Health Organization (WHO), issued a warning to European countries after cases of the measles jumped from just over 5,000 in 2016, to over 20,000 in 2017, including 35 deaths. There are 15 countries that have had major outbreaks, including over 280 cases in the UK. Romania has been hit the hardest, and saw 5,562 cases of the measles in 2017 alone, account for about 25% of all cases in Europe last year.

Russia, a country that will soon be flushed with tourists and soccer fanatics, was also hit pretty hard by the measles. There have already been over 800 cases of the measles reported in 2018 alone, a number that will surely rise. While the outbreak in Russia has been significant, thankfully there have been no reported deaths. So, what’s causing the resurgence of measles across Europe?

The Cause Of The Outbreak

According to the World Health Organization, fewer people have received the measles vaccine, which is contributing to the problem. Over the last few years, there has been a movement of people who are against all vaccines, including the measles vaccination. The anti-vax movement (anti-vaccination) isn’t just found in Europe, but in the US as well, including prominent figures and celebrities. The group cites potential risks associated with vaccination as a reason to avoid immunisations.

For some countries, Ukraine for example, are struggling with measles outbreaks due to inability to fight the disease, stemming from poor healthcare services and infrastructure. Other countries, like Romania, struggles with shortages of the measles vaccine, and large populations who live in poverty, and oftentimes don’t have access to proper healthcare. In fact, people leaving in poverty are often times at the highest risk of catching the measles.

It’s evident that more work needs to be done in the fight against measles. The WHO claims that in order for countries to avoid and prevent outbreaks, they need to provide the measles vaccine to about 95% of the population. Unfortunately, between 2016 and 2017 in the UK, only about 91.6% of the youth were vaccinated against the measles.

Can You Get Measles After You’ve Been Vaccinated?

It is possible to get the measles after getting the measles vaccine, however, it’s highly unlikely. The name of the measles vaccine is measles-mump-rubella, MMR for short, and comes in 2 doses. According to the Mayo Clinic, “More than 93% of people who receive the first does of MMR develop immunity to measles. After the second dose, 97% of people are protected.”

If you plan on traveling to Russia, or anywhere in Europe for that matter, make sure to take the necessary precautions. Get yourself the measles vaccine if you aren’t already vaccinated, so you can spend your time worrying about your team being down a goal instead of worrying about catching the measles.