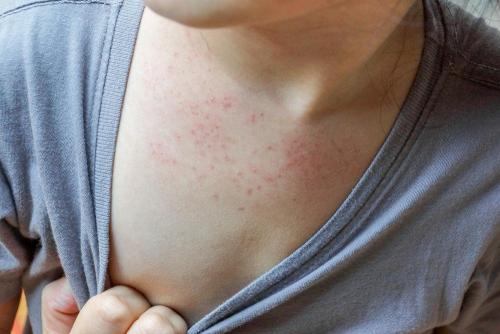 The Centers for Disease Control and Prevention is looking into the current measles outbreak happening in the US right now, with over 100 cases being reported across 21 states.

Measles has made a big comeback in the United States this year, with the measles outbreak 2018 hitting 21 different states. That’s up from the 15 states that experienced a measles outbreak in 2017. The Centers for Disease Control and Prevention (CDC) reports that almost all cases appeared in individuals who are unvaccinated, so if you’ve had your shots there’s not much reason to worry.

You can be mistaken for thinking the measles disease was eradicated, given the infection usual scarcity in the United States. A measles outbreak in the US is rare due to high levels of vaccination, but in the rest of the world, the disease is still surprisingly common, including Africa, Asia, much of the Pacific Island region, and even parts of Europe.

While the numbers are high this year, they have not reached the extremes seen in the 2014 measles outbreak. That year, over 650 people were diagnosed with the disease in 27 states, though half of the cases came from Ohio’s Amish communities. The Amish population is notoriously averse to modern medicine and vaccines.

What States Are Affected By The Measles Outbreak 2018?

Though Alaska is not yet on the list, there has been a case reported on a cruise ship in Alaskan waters, from an individual who recently returned from Thailand. With a 21-day gestation stage before symptoms usually emerge, Alaskan officials are worried that as the cruise ended, passengers returned to their home states across the country, unknowingly carrying the measles infection.

Whether you are vaccinated, it is helpful to know the signs of measles. Early symptoms can arise within a week of infection but may take up to 3 weeks to appear. They include fever, runny nose, cough, and watery, red eyes. Small, white spots may also show up inside your mouth.

Within 5 days of the first symptoms, the rash most associated with the infection will break out. This can appear anywhere on the face, neck, torso, arms, legs, and feet. The rash is often accompanied by a high fever, at times breaking 104 degrees on the thermometer.

Long-term complications include diarrhea, ear infections, including the potential for permanent hearing loss, pneumonia, and encephalitis. In rare cases, 2 to 3 out every thousand infections, measles can lead to death.

What Is The Cause Of The Measles Outbreak In The US?

First, it is important for you to know that a measles outbreak comes with a high prevalence of infection. The resilient disease remains airborne for up to 2 hours after an infected individual is removed from the environment. Infected individuals are often unaware they are carrying the disease for several weeks.

It is also a reminder that while highly effective, vaccines are not foolproof. The CDC reports that individuals who have received the recommended double dose of the vaccination will be resistant to infection in 97% of cases. A single dose is only 93% effective.

The single largest factor in any measles outbreak, outside the disease’s infectious nature, is the prevalence of unvaccinated individuals. With more people foregoing vaccinations for their children, largely due to unfounded fears around autism, the problem is set to rise.

Dealing With The Outbreak 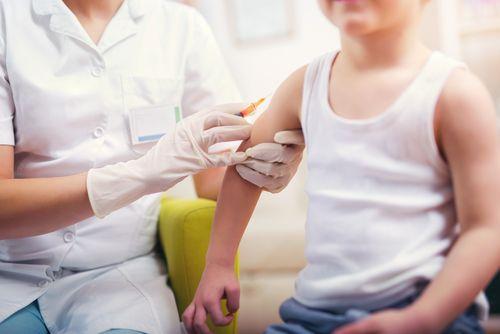 Given that a significant portion of individuals infected will suffer complications for the rest of their lives, and possibly death, you may wonder what the CDC and other medical bodies are doing about the measles outbreak in the US. The CDC is urging anyone who is not vaccinated or thinking about not getting the vaccination, to reconsider.

The measles vaccine is known as the MMR shot because it used against measles, mumps, and rubella. An initial dose is administered around a child’s first birthday, followed by a second dose between the ages of 4 and 6. If you are a teenager or an adult and have not received an MMR booster since childhood, it may be worth speaking to your primary care doctor about.

If you aren’t convinced about the vaccine, the CDC notes that before 1963 close to 4 million people were infected with measles each year, and keep in mind the population was much smaller back then. Since that year, when a comprehensive vaccination program was instituted across the country, there has been a 99% reduction in measles.