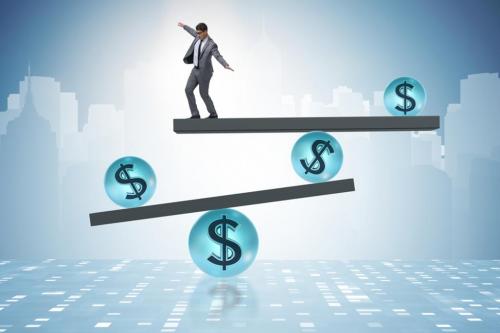 Finally, some news we can all get behind. This Open Enrollment season should bring some relief as experts expect health insurance premiums to stabilize in the marketplace.

One of the goals of Obama’s Affordable Care Act (ACA) was to control the rising costs of healthcare. Although some of the ACA efforts have been derailed, there might be a glimmer of hope. Hopes rise as marketplace premiums for 2019 are expected to stabilize.

This is the beginning of a new year and the citizens are clamoring for some relief. There have been numerous examples of financial relief, suggesting that the economy is not doing so well. One was the upgrade in credit scores in Summer 2017. More young people are living at home because they cannot find good jobs. Unemployed people are turning to long-term disability. Now, the news in the healthcare markets is as Former Vice President Joe Biden would say less bad.

Credit To An Improving Economy

According to reports, health insurance premiums will only increase by less than 4% during the period of Open Enrollment 2019. The less bad increase applies to 2019 policies sold on the ACA exchanges.

The data is collected from ACA enrollment and insurer participation. Should Obama be thanked for slowing down the rise in healthcare prices? Have his reforms created a more stable marketplace health insurance? In previous years, marketplace premiums had risen by double digits. Unfortunately, it might still rise by double digits in some states.

Senior policy adviser at the Robert Wood Johnson Foundation Katherine Hempstead noted that different states were seeing vastly different healthcare cost trends. Connecticut and Kentucky predicted that their health insurance premiums would rise by 12% during Open Enrollment 2019. Some of these statistics show that the healthcare market might be returning to its local roots. Under Obama, the goal was to create a national marketplace health insurance system. Instead of dramatic variations in each state, there would be a unified policy. But, that effort seems to have been stultified, in some respects.

The State of New Hampshire might have its prices fall by 13% with the State of Tennessee forecasting a potential 11% drop. Why are there so many variations? The healthcare market is consolidating. Some of the larger healthcare companies are expanding into other states. This is providing a counter-balance to the localization of healthcare costs. With more national healthcare companies, there should be more stability in health insurance premiums.

2018 saw the highest rate of children living with parents since 1940. Americans believe in progress. Unfortunately, the nation seems to be falling backward. The Cold War was renewed. And, now more children are living with their parents than at any time since 1940, according to the Pew Research Center. Now, families are checking to see how long they can keep their family members on their insurance.

It seems like the Baby Boomers have the paid-off mortgages, ample retirement funds and impressive benefits that the young people can’t afford. Baby Boomers worked full-time jobs will full benefits; while many young people are lucky to have a part-time job. So, perhaps marketplace health insurance is not rising as fast due to less demand. Still, people remain hopeful and are watching to see what happens.

The economic marketplace premiums should reach a state of equilibrium, in a perfect world. This is what the Economics 101 laws of supply and demand dictate. Some healthcare companies are going out of business; others are consolidating. This shakeup should lead to a leaner, more efficient healthcare companies surviving.