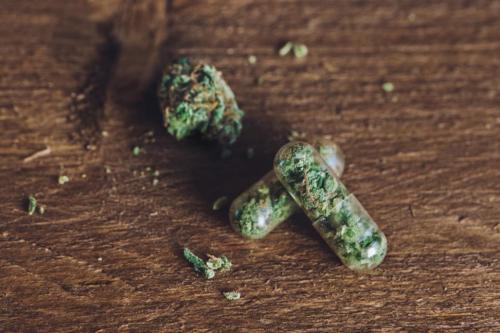 Time To Pump The Brakes On Some Marijuana Health Benefits Claims

It’s often difficult to tell the difference between fact and fiction, especially in today’s climate which is causing some medical researchers to speak up about some of the claims of health benefits surrounding marijuana.

As pot legalization efforts spread across the United States, the research and medical communities are urging customers to be cautious of supposed marijuana health benefits. It is a problem that experts are struggling to keep up with due to the speed with which marijuana has gained societal acceptance. With California’s large population now firmly in the mix, the problem is only set to grow.

Medical marijuana has been legal in California for some time, but now vendors are allowed to sell recreationally. Legal pot shops started coming online in the past 6 months, and, to their credit, many of the shop owners and their staff of “budtenders” are making an effort to remind customers they are not medical professionals. Pot proselytizers on the Internet, on the other hand, don’t seem to be sharing that same restraint.

Whether the discussion involves the recreational use or medical marijuana, the web is rife with questionable claims. One such claim is the unfounded assertion that marijuana can cure cancer. Dr. Joseph A. Califano of UC San Diego’s Head and Neck Cancer Center, along with much of the medical community, is quick to remind customers that while the CBD found in cannabis is being studied for cancer treatment, no conclusive evidence has been found. The curative nature of the drug is being studied alongside potential marijuana health risks.

It doesn’t take much effort to find a website somewhere claiming marijuana health benefits, with little dialogue on marijuana health risks. With free speech, a protected right, humans and Internet bots alike can write up fictional marijuana health benefits and send them across the web. The web also makes it easy to find muddled studies that give these claims the appearance of scientific backing but in reality, require more rigorous research.

This also fails to account for simple human psychology. A person suffering a life-threatening condition like cancer will be much more susceptible to the hopeful benefits of medical marijuana and quicker to disregard more troubling marijuana health risks. Faced with death, people can convince themselves to believe what they want to believe.

The Trouble With Marijuana Research and Funding

The solution is a more rigorous study of medical marijuana against any marijuana health risks. Unfortunately, the controversial history of the drug has made this a difficult proposition. Following its brief, recreational heyday during the 1960’s counterculture movement, the Nixon administration classified marijuana as a Schedule 1 drug. This puts marijuana in the same category as heroin and LSD. The government sees no medicinal value in this classification of drugs. What this means in practice is that physicians and researchers, many of whom believe the drug has been misclassified, face considerable challenges in obtaining funding or product to study any evidence of marijuana health benefits.

What Do We Know About Marijuana?

Despite all the confusion and obstacles, some research has been conducted on potential marijuana health risks and benefits. There is some data, for instance, that support the use of marijuana in helping conditions like chronic pain and seizures. Marijuana has also shown potential in treating chemotherapy-related side effects.

The National Academies of Science, Engineering, and Medicine released a report in 2017 regarding the marijuana issue. The through-line of the report is that additional study is needed to reach any sort of consensus on marijuana health benefits. As the drug is approved for legal use in more jurisdictions these questions will need to be answered, but the federal government must first reclassify the drug to free up the funding and access necessary for the research.