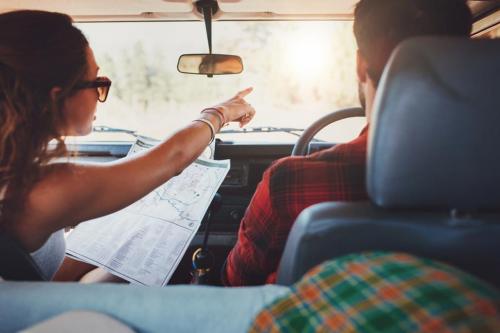 Interstate health insurance has been making headlines due to the GOP and President Trump’s push for more competitive markets. Is eliminating state lines a good idea though? Here’s what you need to know.

The American healthcare system has long been at the center of political battles, and rightfully so. The country is currently divided on how we’re going to move forward to fix an obviously broken system, but let’s put that aside for a minute so we can focus on interstate health insurance, and how the current state of healthcare is causing families to think twice before making their travel plans.

If you try to use your health insurance outside of the state in which you purchased it, you may be out of luck. While there are multi-state plans (MSP), by in large, you will still face coverage restrictions when you cross state lines or run the risk of not being covered at all. There are currently plans to change this, which could spell relief for many. Let’s take a deeper dive into how interstate health coverage can change the game.

What Is Interstate Health Insurance?

In today’s climate, the term interstate health insurance refers to insurance companies having the ability to sell their policies across state lines. It’s not a new concept, but it has been recently popularized by the GOP, and President Trump specifically, who are reviewing interstate health coverage as a way to increase competition and drive down health premiums.

By allowing insurers to offer their plans across state lines, interstate health insurance may actually help keep you covered throughout your travels in the US. Five states actually adopted the interstate model between the years 2008 and 2012, Georgia, Kentucky, Maine, Rhode Island, and Wyoming, but there’s a critical reason other states haven’t followed suit.

There’s also a feasibility factor that needs to be taken into account. The costs of establishing a provider network are seen as too great. Provider networks are the physicians and hospitals that are covered under health insurance plans. If health coverage out-of-state policies were in practice, then it would mean that new provider network lists would have to be made and the insurance companies would have to pay the physicians and hospitals to join their new networks.

According to a CNN report, cross-state insurance companies would be regulated to the policies of the state that they want to do business in. This would possibly make out of state insurers look for less regulated states to do business with.

How President Trump Is Looking To Change That

President Trump has passed an executive order to allow for health insurance to be purchased over state lines. This order will allow employers to purchase health coverage from other states will allow for a lower expense to the employer and therefore lower prices for the employee. Here’s what a recent USA Today piece had to say about the possibility of interstate health insurance plans becoming a reality.

“The order could help to reach the millions of uninsured people who don’t have access to employer plans, but also find Obamacare beyond reach because of its skyrocketing premiums and scattered availability. It would allow more small businesses to pool their resources into associations that would then use their purchasing power to buy group plans for their employees.”

Can You Apply For Health Coverage In Another State?

At this point in time, you are not able to apply for interstate health coverage nationwide. While certain states do allow their residents to have the availability to buy insurance from out of state providers, the majority of the people are still purchasing from in-state companies.

When it comes to using your insurance outside of your state it is mainly meant to be used only for medical emergencies. Health coverage outside your state can be a tricky thing, with each state having different regulations when it comes to health insurance.

Someone who is covered on their parent’s health coverage and is under the age of 26 is able to benefit from interstate health insurance. The Affordable Care Act allows this kind of coverage to remain in place.

If you are moving out of state there are special enrollment period in the healthcare marketplace to allow for a person to get new coverage in the state that they are moving to. This Special Enrollment Period for 60 days after you have moved to your new state. For more information visit healthcare.gov options when moving.

The Benefits Of Letting Companies Sell Across State Lines