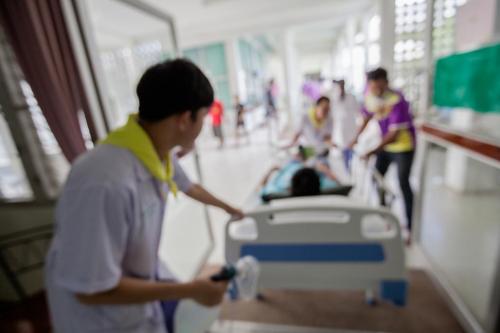 President Trump and his administration are inserting themselves back into the immigration debate by proposing immigrants make the tough choice between healthcare and a green card. Here’s what’s happening.

Immigrants to the United States are once again under attack, only this time, it’s the ones here legally that are facing the heat. As the contentious debate around illegal immigration and undocumented workers continues unabated, President Trump and his administration are taking quiet moves to make life harder for the immigrants already here and holding legal status.

These warning signals for immigrants to the United States are coming after the Trump Administration released a new proposal to expand the definition of who and what the Federal Government will deem a public charge. The changes have the potential to place enormous pressure and constraints on immigrant communities and families living legally in the United States.

What Is A Public Charge?

If you aren’t familiar with the term public charge, it’s an immigrant designation used by the US Citizenship and Immigration Services (USCIS). The US government currently designates an immigrant as a public charge when they are deemed “likely” to become entirely dependent on the government to stay alive, either via cash assistance from the TANF program (Temporary Assistance for Needy Families) or some form of government-subsidized long-term care, such as hospitalization. USCIS reviews a list of factors and the decision is subjective to the specific situation of the immigrant under review.

The biggest question you may have, and everyone else too, is just who will be affected by the rumored changes. Until the official rule is published, no one is certain of its effects, and this is creating a hazy, gray area for many immigrant families. The proposed changes would place the Supplemental Nutritional Assistance Plan (food stamps), Supplemental Nutrition Program for Women, Infants, and Children (WIC), low-income tax credits, and housing and transit subsidies under the public charge rule.

These alterations would allow USCIS agents to review an individual’s history for the prior 3 years. If the individual was found to have used any of the services on the expanded list of disqualifying benefits they could be barred from seeking a green card, remaining in the United States, or gaining citizenship.

What Does This Mean For Legal Immigrants?

Many are now fearful that if they utilize necessary government services, like food stamps, health coverage, or WIC benefits, they and their family’s chances for citizenship will be taken away. As a result, despite the dire need for food and health care services, many legal immigrants are withdrawing themselves and their children from these services. Due to all the confusion around who these proposed changes are targeting, experts believe these immigrants are unnecessarily removing their families’ access to these vital services.

Homeland Security officials have stated that immigrants, legal or otherwise, are driving up the costs of these government programs and taking away benefits from needy Americans. Whether you agree with that argument or not, the proposed changes may create an even bigger, more costly problem. In the end, if these individuals forgo food and health care treatments, they will end up as admissions in costly hospital emergency rooms.

Legal immigrants have, after all, received permission to live and work in the United States and pay all the taxes, incomes and sales, that comes with that legal right to be here. As legal immigrants have quietly begun withdrawing applications for government services, including health cover under the Medicaid program, Immigration experts are working to remind the affected populations that these are just proposals. Before these rules can be officially published there will be a public comment period. Several state governments are already gearing up to challenge the Federal Government in court if the Administration goes through with the changes.