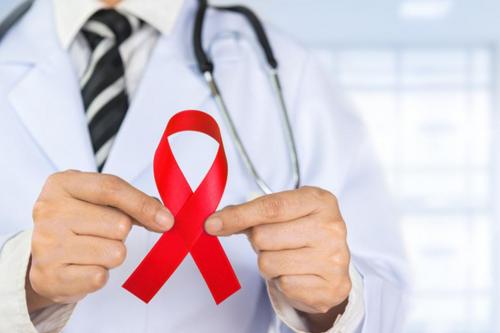 Does HIV Have a Cure? Second Patient Appears to be Cured

A second person appears to be cured of HIV in a potential breakthrough. Ten years after the first cured patient, this time seemed a lot less grueling.

HIV stands for Human Immunodeficiency Virus and is one of the most well-known and feared viruses today.

How Can You Get HIV?

The virus is spread through bodily fluids and targets the body’s T cells of the immune system. These cells are instrumental in fighting off various illnesses. As time passes, the virus destroys so many these cells that the body loses its ability to fight diseases and infection. Acquired Immune Deficiency Syndrome (AIDS) is a fatal disease that emerges as the number of T cells become dangerously low.

Being a complex disease, it is difficult to diagnose as it does not have a clear-cut set of exclusive symptoms which makes it hard to diagnose. Known symptoms include:

You may learn more at the United States Department of Health & Human Services’ official website.

Can HIV Be Cured – The First Incident

The disease has always thought to be an incurable virus with treatment being the only viable option. Admittedly, treatments such as antiretroviral treatment (ART) have allowed people living with the disease to lead long fulfilling lives. In 2008, however, there was an interesting piece of HIV cure news surrounding a Washington born student in Berlin named Timothy Brown.

Timothy was diagnosed with the disease in 1995 and kept it at bay with treatment. Additionally, he was also diagnosed with Acute Myeloid Leukemia (AML), a form of cancer that originates in bone marrow.

After a failed attempt at chemotherapy in 2007, an unrelated donor for a stem cell transplantation was chosen who tested positive for the CCR5∆32 mutation. This is a genetic mutation seemingly found in people of European descent. The mutation is effective in preventing the virus’ ability to penetrate the immune cells. Persons with this mutation are immune to infection by the virus.

Though the initial transplantation, resulted in medical complications and near death, the process was repeated (this time successfully) in 2008. The results were that Brown showed no signs of the virus or cancer. Even now, a follow up indicated that Brown was still free of the diseases. Researchers are hopeful that this event can be used as a base for coming up with a definitive cure. Timothy’s story can be viewed at defeat HIV’s website.

The first incident was thought to be one-off as it could not be replicated until another piece of HIV cure news emerged nearly 12 years after the first. This patient, who has chosen to remain unnamed, seems to have been cured without severe stress on the body. Timothy was administered drugs that aren’t even used anymore and was said to have undergone intense suffering throughout the procedure.

This patient had the virus in conjunction with a lymphocyte-based cancer known as Hodgkin’s lymphoma. The bone-marrow transplant was administered and after over a year of not taking treatment medicines, the patient has not shown signs of the virus or cancer except for a weak indication in one of 24 administered tests. Although, it is speculated that the sample was exposed to contamination. This will need to be re-examined.

The HIV cure 2019 incident continues to be investigated as the patient cannot be deemed cured just yet based on the elapsed time since the treatment.