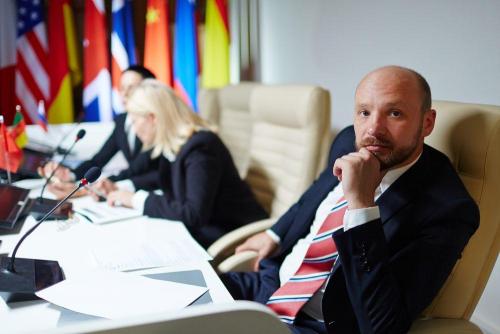 GOP Back With A New Healthcare Bill

The GOP is back with a new healthcare bill. What changes are coming your way?

They say at first if you don’t succeed, then try, try, and try again. The GOP has taken this sentiment to heart by introducing yet another health care bill to replace Obamacare. This new health bill, coined the Graham-Cassidy bill, was drafted by senators Lindsey Graham and Bill Cassidy of South Carolina and Louisiana, respectively.

DNC leaders and much of the Media have already come out in vigorous opposition to this new bill. With federal subsidies, federal regulations, and Americans with pre-existing conditions at risk, it’s easy to see why. It’s important to note that these changes would not affect everyone in the same way, as the proposed bill will transfer control from the federal level to the state level. So what does this mean for you?

Changes will be decided at the state level, but you can expect that less money will be available for subsidized health coverage.

New Republican HealthCare Bill that you need to know about

The second change would be the requirement for all health insurers to offer qualified health plans. This means that health insurance companies can begin to offer bare-bones health plans that don’t offer much protection or preventive care.

As mentioned, both these changes will be decided at the state level. So if you live in a blue state, you can expect the provisions of Obamacare to remain intact, but if you live in any of the red states expect a transition back to pre-Obamacare era health insurance.

Planned Parenthood is also at risk under the Graham-Cassidy bill. Republicans have long been against any type of government funding of abortion clinics, and it comes as no surprise that this new bill aims to defund Planned Parenthood, the nation's largest abortion provider, and one of the few clinics that provide prenatal services for low-income women.

Only 24% of Americans give approval on the new bill.

Experts are claiming the fate of Graham-Cassidy bill lies in the hands of Sen. Lisa Murkowski of Alaska. Democrats need 3 Republican Senate leaders to vote "no" on the new bill to save Obamacare. Sen. Rand Paul (Kentucky) and Sen. Susan Collins (Maine) are already prepared to side with the DNC. However, Sen. John Mccain (Arizona) who famously took a page out of Joaquin Phoenix’s book for the Skinny Repeal, and gave one of the most memorable thumbs down since Gladiator aired in theatres, is expected to vote in favor of his party this time around.

Unless another dark horse comes out of the woodwork, Sen. Murkowski will be the deciding factor. The Sen. hasn’t made any decisions yet and is taking time to review the Graham-Cassidy bill to see how her state would be affected. There is a lot of pushback against the bill, with only 24% of Americans giving their approval. We will know more in the coming days, but this is definitely an intriguing vote to keep an eye on.