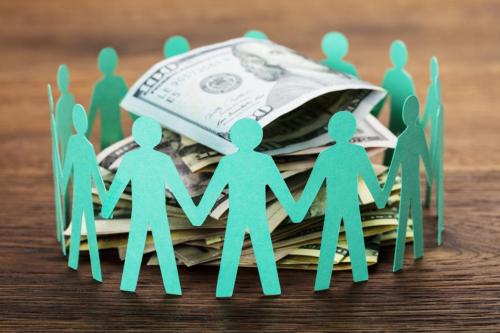 How do you deal with expensive medical bills? The popular crowdfunding platform GoFundMe is seeing a surge of campaigns asking friends and strangers alike to help pay the high cost of healthcare.

Towering healthcare costs are nothing new in the United States, and as the government appears unlikely to take any meaningful action on the issue, the American people have begun taking matters into their own hands. By this point, you probably have had a friend or co-worker post to social media in an attempt at raising funds for medical expenses.

In a world of ubiquitous social media platforms, medical crowdfunding has become the latest trend to harness the innovative power of tech start-ups to create solutions that governments cannot. GoFundMe has helped its customers amass more than $5 billion in donations since 2010, with most contributions coming in as small dollar amounts. Think $10 or $20 apiece. Of that, a staggering $650 million is now being raised each year for GoFundMe medical campaigns.

Those figures don’t just go to medical bills, and include incidentals like travel to healthcare providers, lost wages for patients and the family members caring for them, accommodations while seeing providers, etc., but you may think those costs are hardly incidental when your life and well-being is at risk. It is just a reminder that healthcare affects the economy in a myriad of ways, well beyond the high costs of the care itself.

If you aren’t familiar with GoFundMe, it is the Internet’s largest crowdfunding company. The platform allows individuals to use social media to promote fundraising projects for any number of purposes and causes, hoping their network of friends and family will make enough small donations to cover necessary costs.

Founded 8 years ago, the platform’s customers have received over 50 million donations, with GoFundMe medical campaigns being the single largest recipient. In fact, the company reports that GoFundMe medical expenses account for one out of every 3 campaigns on their site.

The platform, and campaigns involving GoFundMe medical expenses, in particular, are built on the synergistic relationship between donors and social media. As an individual makes a donation, both the donor and recipient can share news of the campaign on social media, including the cause, the costs, financial goals, and the amount already raised. Friends and family, and their network of friends and family, share posts about the campaign, and, out of generosity or guilt, contribute if they can. In the blink of an eye, a medical crowdfunding campaign can be passed across networks around the world.

If you have health insurance from your employer or have reached Medicare age, you may wonder if medical crowdfunding is all that necessary. The fact remains that, even after the progress made by the Affordable Care Act (ACA), 28 million Americans don’t have any health coverage.

Even for those with insurance, coverage is often so weak that individuals still face substantial bills, not only for care but also for incidentals like prescriptions. Copays and deductibles have risen in recent years, with many deductibles now at $10,000 and above. Many Americans feel they can’t afford to use their health insurance. In fact, half of the respondents in a recent survey concluded that if they were faced with an unexpected medical bill in the next month, they could not scrape together $1000.

For its part, GoFundMe’s leadership would prefer that Americans didn’t need to use the platform for such an essential and vital thing as medical care. The company notes that their goal is not to provide a “substitute” for a social safety net but are heartened that their platform has provided an outlet for those in dire need.

Without GoFundMe medical campaigns, many patients turn to bankruptcy to deal with mounting medical bills. Prior to the passage of the ACA, also known as Obamacare, medical costs were the primary driver of personal bankruptcy filings. Thanks to the ACA, those numbers have seen a drastic decrease, but bankruptcy remains one of the few viable alternatives to crowdfunding campaigns.

There are several measures governments, both state governments, and the Federal government, could take to help ease pressure on these costs, whether a full-scale reform of healthcare to a Medicare-For-All type system, or smaller, incremental steps. For now though, until politicians are willing to tackle this hot-button issue, raising funds for medical expenses on social media is the only option available to individuals in desperate need of medical care.