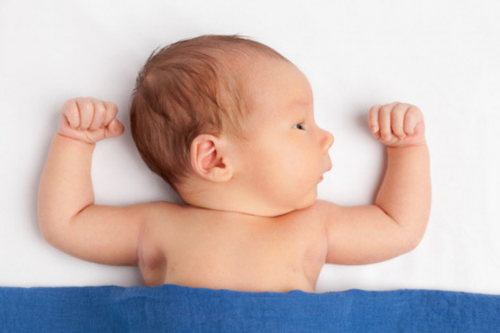 The science behind gene modification is hardly new. In 2018 a Hong Kong researcher claimed to have helped create the world’s first genetically modified babies.

The development of genetic engineering technology is an area that we are still learning and discovering, that has many people concerned. These concerns have been especially high in recent months, in 2018 a Hong Kong researcher claimed to have helped create the world’s first genetically modified babies. I mean, we have all heard of designer clothing, designer handbags, now we have designer babies.

Who is He Jiankui?

Researcher, He Jiankui claims to have a tool capable of changing everything we know about DNA, he was able to take twin girls earlier this month, and successfully alter their DNA. Mr. Jiankui claimed to have also altered the embryos for seven different couples going through fertility treatments, resulting in one pregnancy so far. His goal wasn’t to prevent or cure inherited diseases, but to try and pass along a trait that very few people have, giving them immunity to HIV and other future infections.

He Jiaku studied at Stanford University in the United States before he returned home and opened a lab at a University in Shenzhen, once the University found out about his work, a spokesperson said “His work seriously violated Academic and ethical standards” and had planned to launch a full investigation. Currently, Mr. Jiankui is on a leave from teaching but continues to work in his lab located at the school.

Can DNA be edited?

Scientists in the past have been able to edit DNA with a CRISPR-cas9, with this tool it’s possible to operate on DNA and supply a gene if needed, or can disable one if it’s causing problems, but editing an embryo is a lot different because these changes can end up being inherited.

He Jiankui worked on the project with Professor Michael Deem, who currently serves as an adviser at Rice University in Houston, Texas; he’s on a member of the advisory board for both of Mr. Jiankui’s Genetic companies. For years Mr. Jiankui claimed to have practiced his gene modification on mice and monkeys.

Reduces the Chances of Children being born with HIV

He Jiankui chooses to modify embryo genes of HIV, primarily because the virus is such a big epidemic in China, where 1% of the population is believed to be living with either HIV or Aids. HIV is the virus that causes Aids and has contributed to nearly 30 million deaths, there are currently over 36 million people living with HIV globally.

All the men who participated in this project had HIV, but the women did not. The goal wasn’t to prevent the virus from being transmitted, but their aim was to help HIV infected couples not only have an HIV free child, but creating genetically modified babies that were completely immune to the virus.

How the gene editing process works is, first the sperm is washed, separating it from the semen, this is where the HIV virus lurks. Then a single sperm is placed into an egg, creating an embryo, this is when the CRISPR-cas9 tool used. Once the embryos are 5 days old, they were then checked for signs of editing, a total of 16 edited embryos ended up being used.

As of now, his claim has yet to be confirmed and it has yet to be recorded in any medical journal, which is why it’s being harshly criticized by most mainstream scientists. Currently cloning and gene modification is outlawed in the U.S., this is primarily because of chromosomal mutation, which often happens if you edit or disturb chromosomes.

We often see a chromosomal mutation in plants or other organisms, we have yet to fully understand the side effects of genetically modified babies, but gene mutation is a concern many scientists have, as DNA passes to future generations, this is when we expect the mutations to occur.

When it comes to genetically modified babies, the possibilities are almost endless, it gives us the possibility to not only reduce but eliminate infectious diseases. It can also drastically improve our future generation’s quality of life, imagine being able to live in a world where the common cold doesn’t exist, gene modification not only can create life but can also extend it.

Gene modification and humans is currently an unchartered territory, which is expected to have negative side effects. It can lead to everything from gene mutation to miscarriages. When it comes to gene editing; there is still a lot of research to be done.