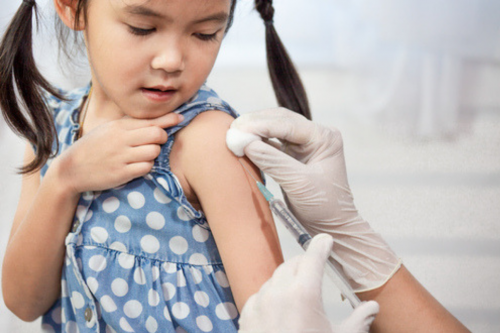 The flu season has arrived and many people are trying to find the best options to avoid catching the bug. Is the flu shot the right route for you?

The flu/cold season has arrived and many are trying to find the best options in order to avoid catching the nasty bug for 2018-2019. Along with the introduction of the season’s vaccine, there are a number of questions people ask every year when trying to make their decision whether or not to get a flu shot. The Center for Disease control recommends most people get the flu vaccine and they have more information available on their website.

Here are some of the most frequently asked questions when it comes to the flu shot:

The flu shot has been in use for many years with a long standing record of success. According to the Center for Disease Control, it is considered safe for anyone over the age of 6 months to get the vaccine with just a few limitations. There are some flu vaccine side effects reported, but in general it is considered to be a safe method for protecting the individual and the public.

Do flu shots cause side effects?

Some flu shot side effects might be experienced, including soreness at location of the injection, mild fever, and nausea. Any severe reactions, such as fainting or a strong allergic reaction, should be noted for future reference but are uncommon. In particular, there is a concern that the flu shot side effects can include getting similar symptoms to the flu but in milder form but these are not as common anymore due to the types of vaccines available.

Can you get the flu from the vaccine?

The most asked question, and common misconception, in regards to possible flu shot side effects is whether or not a person can get the flu from the shot. While this was a minor issue in the past, the current format used by most clinics/pharmacies is not a live vaccine and cannot give a person the flu.

It cannot, however, keep someone from getting sick who has had recent exposure as it takes the vaccine 2 weeks in order to become effective in the body. The vaccine also has a particular range of coverage and is based on a predicted set of strains, so it is possible for a strain of flu to not be covered by the flu shot.

Is everyone allowed to get the flu shot?

While most people are able to get a flu shot, there are a few who may be recommended to not get one. Certain locations will have an age limit with children under 7 often needing any vaccinations done at a pediatrician’s office. Others might require a consultation with a doctor in order to determine if they should get the vaccine depending on immune system, allergies and age restrictions. There are preservative free options at some locations, which is safe for women who are pregnant, and some can still get the flu vaccine even with an egg allergy depending on the level of reactions. The website for the National Vaccine Information Center has more information on who can get the flu vaccine.

How effective is the flu shot?

According to the Center for Disease Control, the flu shot is around 60% effective for most people. There are some factors that affect the results including age, predicted strains, and timeframe of exposure. While it might not be one hundred percent effective, it is also noted that the flu shot can help lessen symptoms if you do get the flu despite having gotten the vaccine.

What does the flu shots cost?

The flu vaccine cost will vary on a couple of key points, however, for most it should be covered under insurance. Most medicare plans cover the vaccine one hundred percent. Others will have a smaller copay. The general flu vaccine cost without insurance can vary depending on the location with an average being forty dollars for the regular 4-strain vaccine to around sixty dollars for the high dose required for people who are 65 or older.