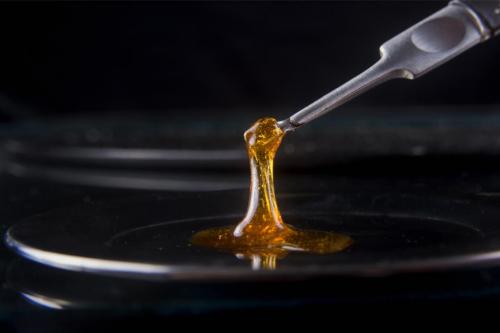 The FDA just made history with the approval of the first marijuana-based drug called Epidiolex. The drug has been shown to treat serious pediatric disorders called Dravet and Lennox-Gastaut syndromes.

In late June, the FDA approved the first organic medicine derived from cannabis resins. Epidiolex® is a CBD extract now officially approved for two serious pediatric epileptic disorders called Dravet and Lennox-Gastaut syndromes. The emotional weight of protecting children from suffering the effects of these debilitating seizure disorders has compelled the public policy in favor of cannabis. A four-year regiment of trials demonstrated the effectiveness of CBD compounds in safely treating the disorders after all of the conventional methods performed poorly.

It has taken decades of resistance to the War on Drugs and the legalization of marijuana by many states to form the framework for such trials. In the past, the pain of children suffering multiple severe seizures a day (and the inherent high risks for developmental disabilities or death) would have been glossed over as the price of protecting millions from the harmful effects of cannabis. Parents of children suffering from the disorder typically move to states where cannabis is legal to obtain CBD extract oils for the treatment. The inconsistent quality and dosage of the products are currently being standardized under new guidelines in California that require labeling and lab testing to confirm the potency and quality of each crop. The Epidiolex® oral solution product promises to be the most standardized and effective form of CBD for these patients.

Epidiolex® is being manufactured by UK-based GW Pharmaceuticals. They received Fast Track designation from the FDA in 2014 to conduct clinical trials for the development of a CBD-based treatment for seizures. Three randomized trials focused solely on a set of 516 children, suffering from either Dravet or Lennox-Gastaut syndromes, proved the effectiveness of Epidiolex® in reducing the frequency and severity of seizures compared to placebo. The eclectic mix of national experts making up the FDA advisory committee reviewed the evidence of the clinical trials in April and voted unanimously for FDA approval of the cannabis-based medicine.

Marijuana Based Medicine Has Had Limited Approval Until Now

Nabilone, Marinol, and Dronabinol are FDA approved synthetic forms of the THC found in marijuana resins that have limited approval for serious disorders such as Cancer and AIDS. Synthetic THC has been found to suppress pain and nausea symptoms. It can also increase appetite. Epidiolex® is the first to win approval for an organic marijuana extract. GW Pharmaceuticals won approval to market Sativex® in the UK for the treatment of multiple sclerosis, neuropathic pain, and muscle spasms. Sativex® is a mix of THC and CBD that is apparently stripped of the psychotropic CBA acids that can in some cases cause anxiety and psychedelic effects subtly along the lines of mescaline or peyote.

The Demonization Of Marijuana

Ironically, it is believed in history that our first Constitutional President George Washington had grown marijuana himself. The War on Drugs and cannabis scare eliminated many of the benefits of the very useful hemp plant from the markets. In the same manner that the Prohibition Era had created lots of bad black market booze, the illegalization of cannabis has only led to drug mafias controlling the trade and using it as a gateway to peddle stronger drugs. The high price tag for black market cannabis is created by the relentless efforts of law enforcement to make it more valuable in our capitalist economy. The black market money empowers the criminal element to corrupt our government and send law enforcement against their competition in many cases.

When we look closely at American laws we can see how they are being driven by an irrational emotional effect rather than logic. The War on Drugs was motivated solely by mainstream media campaigns to criminalize substances that once were available at local pharmacies and in most medicines. In seeking to absolutely solve the problems that are bound to exist as side-effects of any medicinal treatment, the countereffect has occurred. In many other nations where drugs and just about anything are legal or lightly enforced, the problems are primarily economic. People who don’t have enough to eat or sanitary conditions are lastly concerned about the drug problems affecting a minority.

The name Marijuana itself may be the leading cause of public disdain. Often mocked as a shortened form of the phrase Mary You Wanna, the name carries lewd sexual innuendos that affront socially correct sensibilities. The same problem was found with rapeseed oil before they came up with the clever name of canola oil to rebrand and market it. The Hollywood programming of the American mindset to chase after perfections in concepts and commercialism plays a leading role in the commercial criminalization of many arbitrary laws being passed today. The legalization of a safe CBD extract is this myopic step that carries all of the apathy to the War on Drugs delusion behind it.

Although it can lead to the approval of many other off-labeling uses to prove its spectrum of relief, selling CBD or THC stripped of its other organic qualities seems to be a lot like selling soda without the bubbles or sex without the sensation. In the long run, the American government has simply proved once again how impractical it is at solving the problems of the people. It also proves how it is only willing to solve the problems of the people when there is a potential for a large corporation to capitalize on the market. The American government appears to run completely on an agenda of crony capitalism that cares nothing for its citizens other than their roles as slaves and cookie cutter consumers with no individual voice or value.