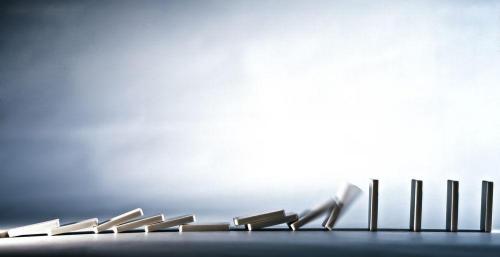 Fate of the Health Insurance Marketplace

Major players are pulling out of the marketplace, what happens now?

Increased costs coupled with fewer options in many states leaves the fate of the marketplace uncertain, much to the delight of the GOP who have been working to repeal Obamacare.

Obamacare, also known as the Affordable Care Act, was an effort to overhaul the entire healthcare system.  It has received both praise and criticism, typically depending political affiliation. Democrats being in favor of Obamacare, and Republicans strongly opposed.

Political affiliation aside, Obamacare provided health insurance for millions of Americans but left the middle and upper-class footing majority of the bill.  However, there are some flaws with Obamacare that are affecting the stability of the health insurance marketplace.

Obamacare aimed to expand Medicaid on the federal level in order to increase the number of Americans eligible to receive subsidized health coverage.

The supreme court ultimately ruled that Expanded Medicaid would be decided at the state level.  Americans who couldn’t afford health insurance had to find a way to pay for their own health coverage in the private sector or pay a fine as a result of the Individual Mandate.

Millions of Americans Choosing the Penalty

More people than expected are choosing to opt out of purchasing health insurance, and either file for an exemption from the tax penalty, or in some cases, pay the fine.  This is resulting in massive financial losses for many health insurance providers participating in the marketplace and is forcing the major players like Aetna and Humana to pull out.

The Kaiser Family Foundation, which is a nonpartisan research center, carried out a new analysis of the US health insurance marketplace.  The research revealed that almost one-third of the counties participating in the in Affordable Care Act would only have one insurance provider providing the service by 2017.

The major health insurance providers who are pulling out of the Affordable Care Act are:

Aetna, one of America’s largest health insurance providers, was planning to stop service provision in Virginia under the Affordable Care Act. This is due to the potential $200 million loss it would incur.

More recently, Aetna announced that they would be pulling out of Obamacare altogether due to extreme financial loss.

Another big insurer that is planning to exit the health insurance marketplace is Humana. As CNBC reported in February 2017, Humana CEO Bruce Broussard attributed the planned pull out to the results of the initial analysis of the firm’s exchange membership of the 2017 open registration.

The CEO revealed that the analysis showed that there were unbalanced risk pools that would drive the insurer into huge losses.

NorthWell is one of the largest healthcare insurance providers in New York through its four-year CareConnect and it has pulled out of the Affordable Care Act. CareConnect came into effect in 2013 as Northwell sought to encourage more people to use services from their doctors and hospitals with the promise of providing lower costs and simple procedures.

In its statement, Northwell cited financial unsustainability as the reason behind the closure of CareConnect. The company pointed to the Federal Government and Congress’ failure to amend inconsistencies in the regulation of insurance markets and limited funding as the reasons behind its decision.

What this Means for the Future of Health Insurance

The trends that manifest in the health insurance marketplace reveal a pending crisis that might hit the most vulnerable. The continuous withdrawal of insurers from Obamacare points to underlying structural and policy issues that exist within the program.

The Federal Government should take the necessary steps towards correcting the situation by either replacing the Affordable Care Act in totality or amending its provisions to attract more insurers.