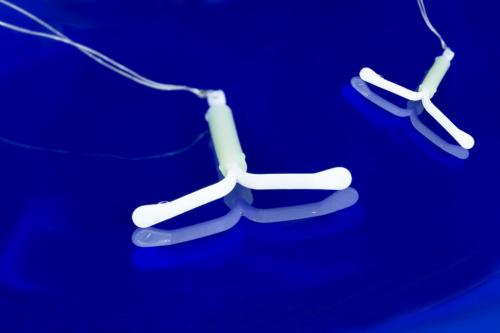 Was a Netflix documentary the beginning of the end for Essure? Bayer announced it will be discontinuing its faulty IUD in December of this year after numerous reports of severe side effects.

A medical device is supposed to function properly when it’s used as intended. However, some manufacturers may unintentionally or intentionally place a faulty device on the market.

A faulty device, when used properly, can injure the person using it. Unfortunately, it could kill prove to be fatal as well. Essure, a medical device produced by Bayer, is a faulty device promoted to patients by medical professionals according to recent revelations.

Essure is a permanent birth control device that causes female sterilization. This device was developed by Conceptus Inc and later brought by a subsidiary of Bayer AG. There is another contraceptive on the market like the intrauterine (IUD) that it is not a permanent sterilization device.

The IUD is a small device that is inserted into the uterus to prevent pregnancy and the procedure is reversible. The Essure device, which is a 4-centimeter flexible metal coil that is positioned in both of the fallopian tubes to produce scarring to thicken the tissue of the tubes to prevent fertilization. In other words, the implant is used to permanently block the sperm from fertilization and/or the implantation of the egg.

Netflix did a documentary on the defects of the birth control device that has been surgically inserted into thousands of women in the US and around the world. The documentary uncovered some very disturbing facts that cause harm and destruction to a lot of women and their reproductive organs. Here is some important information about the contraceptive device:

The list provided is not comprehensive but gives a good idea of what Essure users were experiencing. For a more comprehensive list, refer to DrugWatch.

Essure To Be Discontinued

As of December 31, 2018, the U.S. Food and Drug Administration (FDA) was informed by the Essure that their birth control implants will not be sold or distributed after that date. However, on May 2016 the FDA called for a new “ Black Box Warning," the toughest warning label available for the contraceptive device.

According to the FDA, a black box warning label on the product only tell the consumer about the life-threaten risks that are associated with the implant product. While the Essure Recall statement of 2018 is noted, the FDA has not brought it upon themselves to make Essure Recall for the device implant in the US.

Here are some other reasons why the company decided to discontinue their birth control contraception :

In 2017 the company discontinued its product from the international markets because of the mounting safety concerns. To date, the U. S. is the only country that still sells the contraceptive device. Women who used the device are 10 times as likely to have surgery or follow-up surgeries after the use of the implants. Over the years there has an increase in the number of adverse side effects, more than 5000.

The multibillion-dollar pharmaceutical company claims that Netflix ‘ The Bleeding Edge" Filmmakers portrayed their product in a dishonest and deceptive manner. The filmmakers stated that implants device was faulty and that a lawsuit was filed against the company by 16,000 women who suffered from the contraceptive device.

The lawsuit claimed that the implants cause medical problems, such as severe pain, chronic bleeding and other complications caused by the product. However, the company reported on July 20th that their product will be taken off the market in the U. S. by December of 2018.