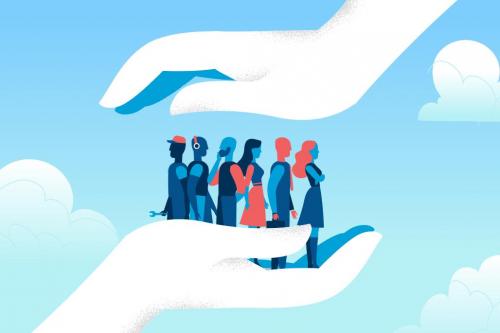 Presidential candidate and hopeful Elizabeth Warren has released her healthcare plan. See how her version of Medicare for All will affect your pockets.

Healthcare is a hot-topic. Everyone has an opinion on the matter, and there are lots of creative ways people are coming up with to try and remedy its current state. Presidential candidate Elizabeth Warren healthcare is a broken and crooked system.

Warren, like every other presidential candidate, is seeking to reform America’s healthcare system and save lives in the process. If she gets the support of the DNC, then we may very well see universal healthcare in the US under Warrens healthcare plan.

Who Is Elizabeth Warren?

Elizabeth Ann Warren (née Herring) was born in 1949 in Oklahoma City, Oklahoma. She studied at George Washington University, as well as the University of Houston where she graduated in 1970 with a Bachelor of Science in Speech Pathology and audiology.

Elizabeth is a contender for the nomination for President of the United States of America by the Democratic National Congress. Currently, she is a United States Senator for Massachusetts, and serves on many advisory teams such as the Consumer Financial Protection Bureau.

Warrens healthcare plan is an ambitious undertaking and it will cost a lot of money. However, healthcare is a basic human right. Under Elizabeth Warren’s plan, she aims to end the stranglehold of healthcare costs for American families.

The goal of Warrens healthcare plan is to offer good insurance and near-zero costs for healthcare. It is essentially universal healthcare which has some pros and cons as does any type of insurance.

Essentially, what Elizabeth Warren is trying to do is to bring universal health care to the United States for every citizen, regardless of their ability to pay for healthcare. This will be a free system and means that anyone could have access to healthcare and doctors must accept this insurance without prejudice.

It is not popular amongst Republicans who see it as an impossible task and far too expensive, but Warren plans to get the money to pay for it from corporate tax cuts being eliminated. With Medicare for all marginalized people and females will have access to high-quality healthcare regardless of where they live and their socio-economic backgrounds.

But, what Elizabeth fails to address is the impact this will have on doctors. We are sure to lose good doctors to other countries due to the cut in pay they will get under the proposed system. Doctors should accept all forms of insurance, but they have overheads and large student loans that need to be paid. Consideration must be given to the threat of losing our doctors to the proposed system.

How Much It Will Cost

According to Senator Warren we will need 20.5 trillion dollars an additional Federal funding over the next 10 years in order to pay for her Medicare plan. She plans to further fund medicare-for-all by making employers contribute to Medicare as well as taxing large corporations, and the top 1% of individuals who often are subject to exuberant tax breaks or pay nothing in tax because they are rich.

Moreover, Senator Warren seeks to re-route the $6 trillion in funding for state-run Medicaid programs and filter that into a common pot to pay for Medicare for all. There is a danger in this plan, because those who choose to go the private route may suffer under higher premiums from insurance companies who are struggling to get business. Thus, your choice will be taken away, or you will be punished for going against the norm. Medical autonomy is worth more than free healthcare.

Elizabeth Warren is committed to a world where people are not subject to bankruptcy, and do not go without coverage or the basic necessities in order to pay for health insurance. Moreover, Elizabeth Warren’s healthcare plan seeks to fix a broken system of corporate greed and lack of healthcare and she wishes to unify the healthcare industry and force them to accept Medicare for all, and treat patients who would otherwise go untreated due to financial constraints and other issues such as lack of money to go to the doctor or lack of transportation needed to visit the doctor.

In addition to corporate greed, Elizabeth Warren wants a comprehensive payment reform and to reduce Insurance administrative costs both of which bleed Americans dry before they’ve even had any health care treatment at all.

People are not getting the prescriptions they need because the prices are in Elizabeth Warren’s words, out of control. Elizabeth seeks to slash drug prices and allow Americans access to drugs to save their lives, or make them comfortable.