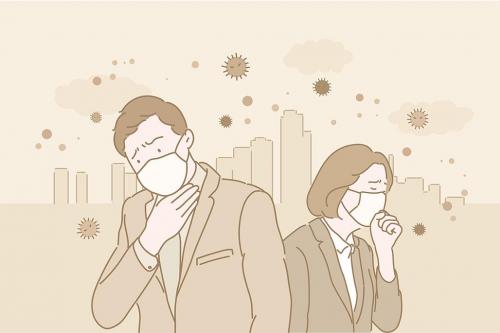 A groundbreaking new study has discovered a link between the Epstein-Barr Virus (EBV), the famed culprit behind Mono, and 7 other major diseases that include Diabetes and Arthritis. If you've been exposed to EBV, see what you may be at risk for.

Below will touch on more about these newfound discoveries as well as provide some background on mono and the EBV.

What is the Epstein-Barr Virus?

The EBV, otherwise known as the human herpesvirus 4, is part of the herpes virus family. As it is found all over the world, it is seen as the most common of all human viruses.

It is remarkably easy to contract this disease since it primarily spreads through bodily fluids. This is why it is a leading cause of the mono disease. The Epstein-Barr virus is one that many people will become affected with, but it is largely found in children.

For those who are affected by this virus, there are some standard symptoms you’ll notice:

Typically, symptoms can get better in less than four weeks in adults and teens. In children, it can be difficult to detect the virus as the symptoms resemble and get mistaken for other illnesses.

What is the Mono Disease?

The mono virus is one of the most usual viruses caused by the EBV. So, what exactly is this common disease? You have probably heard mono dubbed its famous nickname: the “kissing disease”. It was given the nickname due to the main way of spreading the mono disease: saliva.

Beyond that, mono can also spread by sharing the utensils, toothbrushes, or other items that go in the mouth with an individual who already has the mono virus. Mono can also be spread via exposure such as by sneezing.

Diagnosing mono is a rather straightforward process as it involves a physical assessment of things such as your spleen and lymph nodes in addition to blood work. If you do have the mono disease, however, there is no cure for it. There are some things you can do in order to alleviate symptoms from the mono virus and get better faster.

For instance, some of the self-care advice is similar to if you have any other cold or flu virus. You need to get plenty of rest, first of all. Having a good amount of sleep can positively impact your immune system. It also helps to stay hydrated as it’s easy for those with mono to become dehydrated.

Other than reliving some mono symptoms, it is best to allow the mono virus to run its course and refrain from exposing anyone else to the virus. Usually, the symptoms of mono go away within a few weeks. However, traces of fatigue can linger around for months.

The Connection to Other Major Diseases

To reiterate, it is well-known that the Epstein-Barr virus can cause the notorious mono disease. What many do not know is that it can impact other serious diseases as well.

These additional connections were discovered by scientists noticing how the Epstein-Barr virus produces a protein called EBNA2 that binds with various locations on the human genome that are then associated with mono and the seven diseases mentioned above.

However, further testing is required in order to learn more about how many cases of those with those diseases can be traced back to the causing virus. Nevertheless, discovering illnesses beyond the mono virus is an excellent step toward finding actual cures for the diseases.