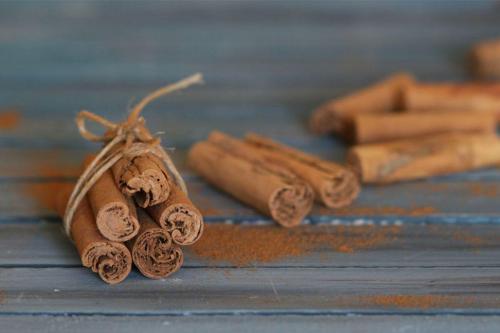 The Health Benefits Of Cinnamon And Why We Love It

Learn about the amazing health benefits of our favorite holiday spice, and find out why you should be including cinnamon in your daily diet.

Pumpkin spiced lattes, cinnamon rolls, and autumn scented candles are just a few of the items that make us love cinnamon. At least for me, the taste and smell of cinnamon bring a little extra joy to my day because it vividly reminds me of the holiday season, my favorite season. But, did you know that cinnamon is more than just a flavorful and great smelling spice? Cinnamon can do a lot more than just make your hot cocoa taste that much sweeter, it actually has a surprising number of health benefits.

Here Are The Health Benefits Of Cinnamon

Right off the bat, let's take a look at cinnamon's nutritional benefits. Mary Poppins should have been singing a spoon full of cinnamon makes the medicine go down because just a tablespoon of cinnamon contains:

Here goes my cheesiest infomercial voice, but wait! There's more! Besides the nutritional value, here's a deeper look into some of the health benefits cinnamon can provide you.

You may have seen the latest trend of antioxidants hitting store shelves everywhere. These miracle foods and vitamins find a way to protect your cells, and stop oxidants from doing any damage. Antioxidants also have a really cool effect that can even slow down your aging process.

Antioxidants are also great at keeping you protected from inflammation levels, basically, they're an anti-inflammatory that can help you reduce the risk of cancer and heart disease. However you spin it, antioxidants are great for you and should be added to your regular diet.

Help In The Fight Against Diabetes

Essentially, diabetes takes shape when your body no longer has the ability to effectively control the amount of sugar that finds its way into your blood. Cinnamon can play a vital roll in helping control your blood sugar levels and can even help you fight off diabetes.

Built into the very fiber of cinnamon are some of the best antibiotic and anti-viral agents. If you were ever sick as a child, your parents may have told you to drink hot water with lemon and cinnamon, and that's because cinnamon has been used throughout history and across the globe to help fight illness. A scoop of cinnamon can help boost your immune system and can protect you from bacteria and even the flu!

If you're still not convinced, here's another fun fact about cinnamon. Cinnamon has the ability to help you enjoy springtime by fighting those pesky allergies that always seem to make an appearance at the most inopportune times. Aside from fighting inflammation, which we touched on earlier, cinnamon has properties that fight histamine. So next time you are planning a nice picnic at the park, try bringing some cinnamon along, and maybe couple it with your regular allergy medication. You know, just in case.

Is There More Than One Type Of Cinnamon?

Actually, there are over one hundred different types of cinnamon. Each one is identifiable by the different colors, tastes, and smells they have, but usually, you'll only find the following 4 types of cinnamon in your local grocery store.

Unless you are a cinnamon connoisseur, you probably won't really be able to tell the difference between each one. However, just for your next trivia night, cassia cinnamon is the most common type of cinnamon used today.

Which Cinnamon Is Better For You?

Ceylon cinnamon or true cinnamon is the best for you. The reason being is that it has been shown to contain lower levels of a compound known as coumarin. Coumarin has been shown to have some serious side effects which include, but are not limited to, nausea, blurred vision, severe headaches, loss of appetite and more. Like most things, make sure to eat cinnamon in moderation. While it may have health benefits, too much can be harmful.

How Much Cinnamon Should You Be Eating In A Day?

According to WebMD, there's no right amount of cinnamon you should be eating in a day. Although, depending who you talk to, and where you are in the world, it has been recommended you eat about 2 to 4 grams of cinnamon each day, which roughly translates to about 1/2 to 1 teaspoon.

What Happens When You Eat Too Much Cinnamon?