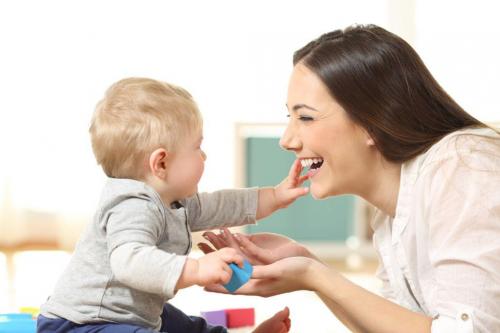 The end of the government shutdown was an enormous relief to tens of millions of people across the nation. The six-year reauthorization of health benefits for children in low-income families is particularly crucial for the well being of millions.

When the United States federal government came to a halt on January 20 after congressional leaders failed to reach a budget deal due to disagreements over immigration, millions of Americans held their breath. Countless people had good reason to worry about whether or not the services or benefits they normally receive would be cut off. If you are an American who has any children covered by the Children's Health Insurance Program (CHIP), you probably have been more concerned than anybody, and with good reason. According to National Public Radio, CHIP had already expired in September and had only been continued temporarily based on stopgap funding. Those federal dollars ended, and any temporary or long-term extension was left in limbo with the government shutting down. Thankfully, a deal to end the shutdown was reached after just a few days. The agreement reopened the government on January 22 and included a six-year reauthorization for CHIP.

The Children's Health Insurance Program, commonly referred to as CHIP, provides matching funds to state governments to provide healthcare benefits for lower-income families. It is a way that many Americans acquire cheap health insurance for their children. The program has existed in various forms since 1997. Previously called the State Children's Health Insurance Program, or S-CHIP, it has typically been considered to be a popular bipartisan program. It is administered at the federal level by the Department of Health and Human Services, but it is ultimately a way for state governments to provide cheap health insurance to families with children.

Healthcare and the Federal Government Shutdown

If your family has been receiving, or should soon be receiving these benefits, your anxiety levels have likely been through the roof. After all, it is not easy to find cheap health insurance if you have children and limited income. Although the government shutdown has ended, for now, and CHIP has been reauthorized, it is good to know in general how a government shutdown affects your healthcare.

These shutdowns are happening more and more in recent years, and when they occur they impact countless services and benefits that many Americans receive, including a whole range of different ones related to healthcare. During a shutdown, certain health-related programs sometimes proceed relatively normally, while others at least temporarily halt. For example, Medicaid payments from the federal government to the states were set to still continue during this recent shutdown. Benefits administered through the Department of Veterans Affairs, for the most part, would continue. However, agencies within these departments would have fewer staff members available, so countless delays were likely to take place.

The Children's Health Insurance Program was in a uniquely bad position coming into this shutdown given that its normal funding had already expired and the stopgap funding was set to expire if Congress could not pass a budget bill. When that happened, the program's funding immediately ended, and many states were already nearly out of money for those families, and other states only had a few months left of funding.

The Importance of the Children's Health Insurance Program

If you are looking for cheap health insurance options for your children, CHIP should always be something you should consider. Millions of Americans face similar circumstances, which is why the program absolutely had to be saved and extended for another six years. As reported in the New York Times, 4.9 million children in just 16 states would have immediately lost coverage if a deal had not been made. In total, nearly 9 million children nationwide are enrolled to receive benefits through the program.

The Reauthorization of CHIP

The end of the government shutdown was an enormous relief to tens of millions of people across the nation. The six-year reauthorization of health benefits for children in low-income families is particularly crucial for the well being and even survival of many. If you are looking for cheap health insurance options for children, while this program is one of them, there are also other options that are worth researching. Take the time to explore these options, and always be prepared for what can happen if a government shutdown or anything else threatens to temporarily or permanently halt your benefits.