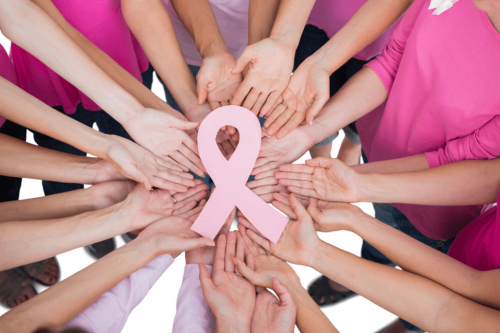 October is Breast Cancer Awareness Month. You may wonder, why October, or how did it get started? Check out this article to find out!

The National Breast Cancer Foundation has pamphlets to help women understand and cope with breast cancer. Breast cancer is defined in different stages. The stages are defined according to the size of the tumor and whether or not it has spread to any lymph nodes or other areas of the body.

What Is Breast Cancer Awareness Month?

In America, breast cancer awareness month is an annual global health campaign. It is organized by many different charities every October. It is to increase the awareness of cancer and it raises funds for the research to prevent cancer. Funds are raised to find the cause, diagnosis, treatments, and prevention of all different stages of cancer in women and men alike. Individuals are also given information and support about breast cancer.

The campaign begins on October 1, and ends on the last day of the month, October 31st each year. During the month people are educated on getting screening, tests and other important issues about cancer.

The National Breast Cancer Awareness Month started in October 1985. The promotion of mammograms was done to educate people about the importance of getting tested. It is the major defense that people have against detecting cancer of the breast. The American Cancer Society and AstraZeneca have been promoting the awareness for many years.

Evelyn Lauder started the pink ribbon movement. It was not the first time a ribbon was used to symbolize the movement. In California, Charlotte Haley, first used a peach-colored ribbon to draw attention to the fact that cancer of the breast had insufficient funding for research.

The National Breast Cancer Foundation has a mission to provide free mammograms services to underserved women. Treatments are also covered after the mammogram if the patients need more testing or treatments.

Breast cancer statistics show low cases of cancer in men’s breasts, but it does happen and most men are not aware of the facts. In 2009 the men’s advocacy groups, A Man’s Pink, and Out of the Shadow of Pink, declared the third week of October as Male Breast Cancer Awareness Week. They educate people on the fact that men can also develop cancer of the breasts.

The whole screening program proved that companies would save a lot of money if they participated in women’s health care by offering the tests needed to detect cancer. Breast cancer statistics show that by catching cancer in men and women in the early stages is cost-effective for any company.

If a woman has a mom, sister or daughter who has been diagnosed with cancer of the breast, her chances of getting cancer are nearly doubled. Between 5 and 10 percent of cancers can be linked to a gene mutation that is inherited from a family member. Breast cancer statistics show that about 85 percent of women have no family history at all of breast cancer.

How To Support Breast Cancer Month

There are many different products that you can buy to promote the awareness of cancer in men and women. Some of the companies will even donate a certain amount for every product that is bought during the month of October. There are survivor charms that can be customized with the person’s name on the back and many different pink items that can be bought to help the cause.

Restaurants and many different eating places all over the world offer discounts or even donate the price you pay for the food to cancer campaigns. Just take someone to lunch or dinner and you are adding to the breast cancer donations to help the cause.

It does not need to cost money to help fight to end cancer. Everyone can join in and volunteer in different organization. There are races, fundraisers and many local events that need your help to get organized. You can be along the roadway of one of the races and just hand out water to the runners who are running for donations. Your support can help in so many ways to make people aware of cancer.