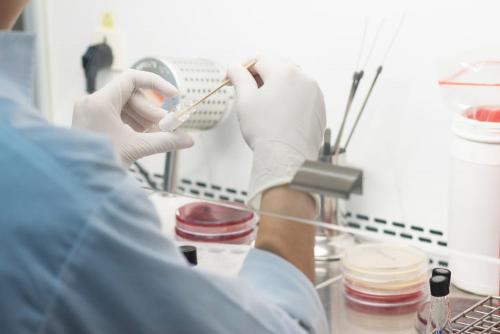 Don’t expect budget cuts to stop this bill. The President’s Emergency Plan for AIDS Relief (PEPFAR) reauthorization bill found support on both sides of the political spectrum, and will likely be renewed through 2023.

The United States President’s Emergency Plan for AIDS Relief, commonly known as PEPFAR, looks like it has been granted a last minute reprieve by Congress. Just a few months ago it appeared that the bill, having survived for 15 years with bipartisan support across both chambers of Congress, might lapse. Republican Representative Chris Smith and Democrat Barbara Lee built a bipartisan coalition to save the law.

Advocates are praising the effort by Congress to pass a so-called “clean” extension, extending the bill through 2023. If you are curious about a “clean” passage of the extension, this means no changes or amendments were added to the bill; many supporters feared alterations or last-minute modifications that would dilute the purpose of one of the world’s foremost HIV/AIDS initiatives.

The program is an initiative by the Federal Government of the United States to combat the ravages of AIDS and other infectious diseases on a global scale. Then President Bush and his administration, recognizing that combating the disease would require global leadership on a scale few other countries could provide, created the program in 2003. It is now the largest source of AIDS relief by any country in the world. The program’s initial mission has been expanded to encompass work on other infectious diseases that menace global populations, like Tuberculosis and Malaria.

Why Was The Program At Risk?

Conquering AIDS seems like such a worthy cause that you may be curious why was the program at risk in the first place? The answer isn’t surprising: budgets and politics.

Thankfully, members of Congress, including many members of the Republican Party have come out against much of the President’s proposed budget cuts, including the drastic reductions proposed for the NIH and HIV/AIDS programs. Still, members of the Trump team, including US Global AIDS Coordinator Deborah Birx are pushing for more results-orientated HIV/AIDS programs as well increased funding from other countries and private donors; an unexpected show of support for the President’s budget from within the HIV/AIDS relief community.

Birx believes the infrastructure investments made over the first 15 years of the program’s existence have created a “self-sustaining infrastructure” that doesn’t require the sustained levels of funding previous seen. Yet, with no cure on the horizon for HIV/AIDS, experts caution that there is too much work to be done for America to step back from these programs now.

What The Future Holds For PEPFAR

With the program’s future assured for another 5 years, and given its bipartisan support hopefully well beyond that, PEPFAR’s leadership is slowly transitioning away from its original objectives and aims. At the time of its creation, the program operated as a sort of global emergency support framework to combat HIV/AIDS. This was a period when the disease was waging a rapid and destructive war on overburdened global health systems.

Having brought some stability to AIDS relief programs, the program’s leadership is again focusing its efforts on supporting established programs in individual countries. This change in direction will see the US acting as a support network for partner countries as they assume control of their own AIDS relief apparatuses. This is also bringing a renewed focus on prevention, rather than just treatment; an important distinction for a disease with no known cure.

With many experts now fearing mutations in the AIDS virus will make the disease resistant to current drug regimens within the next decade or so, PEPFAR’s work has become even more vital in the global battle against HIV/AIDS.