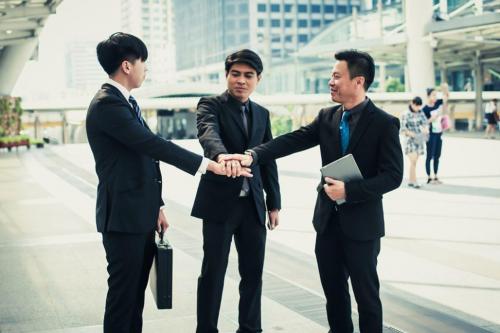 The millions of Americans he is referring to are people who do not have access to affordable health insurance. Another group of consumers that will benefit from the Association health plans is people who are unable to afford their Obamacare plans due to skyrocketing premiums. The estimated number of people who create these two groups are 28 million.

What Are Association Health Plans (AHP)

Association Health Plans are not new. They have served a valuable purpose for many years. The AHP allow people who are in the same type of industry to combine in order to get health insurance quotes for group coverage at a lower rate. For example, in many towns and cities, there are independently owned, small businesses that do home repair.

When the Affordable Care Act was passed, it required any company with 50 or more full-time employees to assist their employees with the costs of healthcare. On their own, they are too small to get a high-quality group rate. However, if 4 or 5 of these small contractors teamed up and bought insurance as one group of contractors, their combined employee numbers allow them more flexibility and more options for affordable health insurance. This solution worked well if there were enough people in an area to build a team with.

Often, there are not enough of like businesses in an area to qualify for the Association Health Plans. With the executive order, the government requires the insurance companies work with people across state lines. This gives the consumers a wider area to search for an AHP.

The changes are intended to fill in gaps that Obamacare left open. Further, it allows people options for affordable health insurance for up to one year if they have lost their job. President Trump requires an immediate option for those who missed the open enrollment time frame.

There Is Still Work To Be Done

The Federal Government could make more changes allowing the Association Health Plans to help consumers. For example, it could require AHP to treat all companies the same. This means small businesses and groups seeking affordable health insurance would be entitled to the same low-cost health insurance quotes they provide to big corporations.

Obamacare required minimum coverage regulations and coverages for specific illnesses. President Trump’s executive order does not address these issues. It is clear that these are implied but, they will have to be dissected and examined in detail before the order will take effect. The guides show the need for insurance companies as well as business owners to cover more of the out-of-pocket expenses consumers face.

This will be the biggest healthcare reform this country has ever seen. It not only helps middle America but also the people who work low-pay jobs and could not afford healthcare.

Think of the buying power thousands of fast food workers combined would have. Entrepreneurs and freelancers will be able to opt into large groups and provide their first real opportunity for good coverage. As it stands now, these Americans had to choose between a very high copay or deductible to get a premium they can afford. This renders their insurance almost worthless unless they come down with a serious illness.

Can You Enroll In Association Health Plans Yet?

The executive order will not go into effect immediately. When the President signs an executive order it mandates the respective agencies to craft the changes through regulations. They are subject to the normal approval process. This means the earliest we could expect the changes to take place will be 2019. It could take much longer, depending on the various agencies timely response to the action. The agencies are required to get back to the President with the laws (both state and federal) and policies that hamper competitive healthcare purchases. They must also present potential solutions. They have 180 days to report to President Trump.

The agencies involved in this process are:

The backers of this reform say that under this plan small business owners will be able to get the same insurance plans that corporation like Coke, Pepsi, Federal Express, and UPS offer. They state that they cannot discriminant based on how many people are inquiring. However, large corporations are subject the rules that exist already.

An insurance company bases the costs of coverage for your company, based on how many people are sick, elderly, or have pre-existing illnesses. The reason Federal Express and Coke get such a low rate is because they have a lot more young, and healthy employees than they have old and sick employees. If you are a group that includes several people with diabetic issues, obesity, and heart trouble, they will offer you the same rate that they would offer one of the larger companies if they suddenly had more than half of their employees come down will serious illness. The fact is, it is the condition of the masses in these large corporations that help everyone enjoy lower rates.

As of now, we do not know how this problem is being addressed. We do not know if the new coverage will make it possible for people with existing illnesses to get coverage. Frankly, insurance companies could offer them coverage, but make it so difficult that they reject it. This means a lot of people who are currently covered, may find themselves without health insurance.