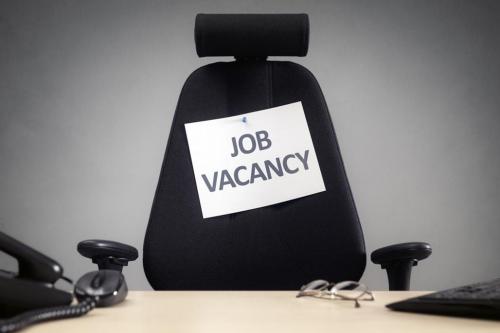 After the announcement of a major healthcare partnership with JP Morgan Chase and Berkshire Hathaway that sent shockwaves, Amazon’s new health insurance initiative for employees is off to a rough start.

Healthcare costs in the United States have become exorbitantly expensive, and because there’s no universal healthcare system in the country this means that the situation is unlikely to change anytime soon. While America ranks behind most other industrialized nations in terms of healthcare coverage, there are private players looking at offering real solutions to what had been a pretty messy and complicated situation. Amazon seems to be set on disrupting this scenario, though their attempt so far has been plagued by a number of unforeseen setbacks that have made this less forthcoming than many would have hoped.

Back in July of last year, Amazon set up a secret lab dedicated to healthcare innovation, and over the course of the last year, they’ve hired more health care experts to assist them. This lab was codenamed “1492” and marked Amazon’s entry into the $3 trillion healthcare industry after being a leader in the retail and digital markets. There’s no need to mention Amazon’s history, but to say the least, this means we can probably expect something majorly disruptive to come out of this new direction that the company seems to be taking.

The goal of the Amazon healthcare project seems to be to increase employee satisfaction whilst lowering costs, which will provide employees with high-quality healthcare that’s transparent and is actually affordable. In January, Amazon teamed up with JP Morgan Chase and Berkshire Hathaway to work on a joint healthcare venture. Amazon healthcare would provide the 1.2 million employees of the three firms and their families with healthcare through technological advancements, which is an ambitious effort that could change the US healthcare landscape in the long run. There’s been a lot of speculation about what this will actually look like, but Amazon hasn’t been entirely silent and has released a few details since the announcements. We know that Amazon healthcare is interested in supplying medical equipment and supplies, and indeed they’re already in this game. They’re also planning to go into mail order and retail pharmacy, and Amazon has gotten approval from 12 different state pharmaceutical boards to become a wholesale distributor.

An innovation here is that Amazon healthcare could use the company’s existing systems like Echo and Alexa to provide in-home healthcare. Such an initiative could very well be AI-driven, which is one area where Amazon already has a lot of capabilities and potential. The latest news is that the Amazon healthcare project is having trouble finding a CEO to run it, which is perhaps a temporary setback but delays progress nonetheless. Since the firm has been hunting a CEO since January itself, this has impeded progress on launching a program that could otherwise be active later this year.

Some of the prospective candidates they’ve contacted have been uninterested in the top job, but have offered whatever support they can otherwise provide. Grand Rounds co-founder and CEO Owen Tripp was asked to be involved, but he likes his current job too much to leave. He’s still interested in helping them out once the venture has a clearer direction. Still, Warren Buffet is confident that they’ll find someone sooner or later, and thinks that they’ll “have a CEO within a few months.” Whether his optimism on finding a CEO for Amazon healthcare will pan out remains to be seen.