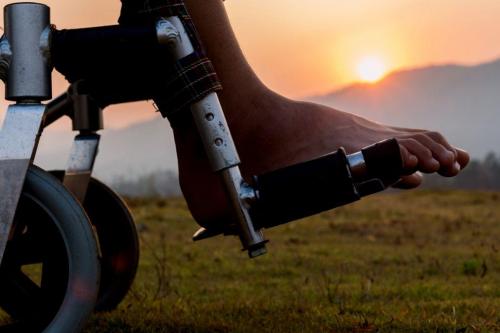 ALS is a progressive, neurological disease that has found its way into the public eye by affecting some of the most prominent figures. The disease was discovered in 1869, but how much do we know about it, and how close are we to a cure?

Stephen Hawkings was a famed physicist who gained global popularity when he released his book, A Brief History Of Time. Lou Gehrig was an American baseball player, who spent 17 seasons playing for the storied New York Yankees franchise. Both battled Amyotrophic Lateral Sclerosis (ALS), commonly known in the US as Lou Gehrig’s disease.

ALS is a difficult disease to diagnose, and an even more difficult disease to live with. Lou Gehrig lost his battle against Amyotrophic Lateral Sclerosis only 2 years after being diagnosed, while Stephen Hawkings was able to stun the scientific community by living for about 55 years.

ALS is the abbreviation of Amyotrophic Lateral Sclerosis, which is a disease that affects one’s ability to control voluntary muscle movement. ALS is a neurological disease, meaning it affects nerve cells, or neurons, which are needed for any and all movement.

How Common Is ALS

While it’s difficult to get an estimate of new cases around the world, Amyotrophic Lateral Sclerosis does occur everywhere.

Unfortunately, because ALS is rare and progresses gradually, it’s hard to pinpoint exact symptoms of the neurological disease. However, according to the National Institute of Neurological Disorders and Stroke, some of the early symptoms of ALS may include:

Usually, a person who is experiencing symptoms of ALS will notice they are having difficulties with daily or routine tasks. For example, a person may find conversing to be more difficult as their speech begins to slur, tying the laces on shoes may become harder, or even experience trouble when walking.

As the disease progresses, the symptoms will become more evident, as ALS begins to spread. People with more advanced ALS may have a difficult time swallowing and chewing food and even breathing.

How Is ALS Diagnosed?

As of now, there is no test that can determine if someone definitively has ALS. Physicians and medical professionals will usually diagnose ALS based on the medical history and symptoms of the patient. However, if motor neurons are found to be affected, that is usually a good indicator that ALS is the cause.

What’s even more difficult about diagnosing Amyotrophic Lateral Sclerosis, is that early symptoms tend to mirror a wide variety of diseases. There are some new technologies that medical professionals are using to help with their diagnoses, and they include:

What To Do If You Think You May Have ALS

As mentioned earlier, symptoms of ALS can often be confused with symptoms of other diseases, so it’s important to schedule an appointment with your physicians as soon as possible. Catching ALS early on can help you get started with treatment, and make managing the disease easier.

How Your Body Will Be Affected By ALS

Everyone’s body will react differently when diagnosed with ALS. ALS is called a progressive disease, meaning that the disease will progress, and typically get worse over time. So, initially, you may not notice significant changes to your body, but over time, the effects of the disease will become more evident.

The Progression Of ALS

As mentioned above, ALS is a progressive disease. Not everyone’s body will react the same way, but the progression of Amyotrophic Lateral Sclerosis may progress as follows:

Living with ALS will cause a person to become more dependent on others as time goes by. It’s not uncommon, during advanced ALS stages, for a person to require around the clock assistance from family, friends, or certified caregivers.

Will Someone With ALS Experience Pain?

Amyotrophic Lateral Sclerosis does not necessarily cause pain, according to the ALS Association, however, the loss of muscle movement can end up resulting in Musculoskeletal pain. A combination of medication and physical therapy, which includes stretching the muscles can keep pain to a minimum, or eliminate it all together. While it’s possible to experience pain, ALS itself typically does not cause any.

How Long Can Someone Live With ALS

Again, everyone will experience different progressions with ALS. On average, people suffering from ALS will live about 2 to 3 years after the disease begins progressing, but it’s not uncommon for people to live longer. In the case of Stephen Hawkings, it took about 55 years before the disease took his life. This just goes to show how differently people’s experience with ALS may be.

There is no known cure for this progressive disease, so yes, ALS is always fatal. The disease leads a person’s motor functions to completely deteriorate, and the inability to breath or eat on their own can be particularly devastating.

What Treatments Can You Get For ALS?

Today, there are no treatments that are able to completely defeat Lou Gehrig’s disease, but there have been ALS treatments that work to slow down the disease. In terms of medication, Riluzole (Rilutek) and Edaravone(Radicava) have been reviewed and approved by the FDA to treat ALS.

Some ALS treatments may also include therapies to help with the muscles. These therapies may include therapy for breathing, physical therapy and exercise, speech therapy, and psychological and social support since ALS can lead to anxiety and depression.

Why Some People Get ALS

It’s estimated that 90%, possibly more, of all ALS diagnoses are random, meaning ALS is a sporadic disease. It is an extremely rare disease, and it is highly unlikely that a person will develop ALS, but there are some factors believed to contribute to the development of the disease.

Does Genetics Play A Role?

It is believed that having a family member with ALS will increase your chances of developing the disease, so yes, there is some evidence to support that ALS may be genetic. According to the National Institute of Neurological Disorders and Stroke:

“5 to 10 percent of all ALS cases are familial, which means that an individual inherits the disease from his or her parents. The familial form of ALS usually only requires one parent to carry the gene responsible for the disease.”

Who Is At Risk For ALS?

There is also research that suggests mutations in the SOD1 gene that plays a role in the genetic factor of ALS. There have been more gene mutations that are linked to ALS, which is helping lead the way in the search for a cure.

Is It Possible To Prevent ALS?

There is no real conclusive evidence that someone can prevent ALS, but according to Science Daily, eating foods that contain carotenoids, carotene, and lutein, “may help or delay the onset of Amyotrophic Lateral Sclerosis.” More research is still being done in this field.

ALS In The Public Eye

ALS is not a common disease, but there have been some high profile people who have brought the degenerative disease into the public light. Most recently, Stephen Hawkings lost his battle with ALS on March 14th, 2018, after living with the disease for over 50 years. There have also been large-scale fundraisers to raise money for a cure.

Stephen Hawkings is one of the most recognized names in the field of science, and for good reason. He was a visionary physicist who explored uncharted territories such as black holes. He was able to generate public interest in his scientific writings, such as his critically acclaimed book, A Brief History Of Time.

Notably, Stephen Hawkings achieved much of his success, and broker ground on many of his theories after he was diagnosed with ALS at the age of 21. There was even a movie that came out about the story of his life, including his battle with the disease titled, The Theory of Everything. Unfortunately, Stephen Hawkings passed away, but did his part in bringing the hardship of ALS to national headlines, which is once again helping in the search for a cure.

Lou Gehrig is recognized as one of the greatest American baseball players of all time. While playing 17 seasons with the New York Yankees, Gehrig put together the second longest streak of consecutive baseball games played. In 1939, Lou Gehrig’s career came to an end after he voluntarily benched himself on May 2nd for the “good of the team.”

It was Gehrig’s wife, Eleanor, who called the Mayo Clinic, who had requested Lou come to Chicago for an examination. The Mayo Clinic determined that Lou Gehrig had Amyotrophic Lateral Sclerosis. In the US, and even in some other countries, ALS is sometimes referred to as Lou Gehrig’s disease.

The disease made headlines in 2014 after 3 men living with ALS created a challenge known as the ALS Ice Bucket Challenge. The challenge was created in an effort to raise money for ALS research, and work towards a cure.

The campaign was an instant success and ended up taking social media by storm. Donations began pouring in, and overall, the summer of 2014 alone raised about $115 million.

A Search For The Cure

Today, ALS has no known cure, but hopefully, that will change in the near future. With all the publicity surrounding the disease, donations and funding for future research have reached an all-time high. In 2014 alone, the ALS Association committed nearly $100 million to find a cure.

According to the National Institute of Neurological Disorders and Stroke has stated on their official website:

”The Goals of NINDS research on ALS are to understand the cellular mechanisms involved in the development and progression of the disease, investigate the influence of genetics and other potential risk factors, identify biomarkers, and develop new and more effective treatments.”

The medical and scientific community is constantly looking for ways to not only treat ALS but learn how to prevent and cure the debilitating disease. Some of the specific research being done surrounds:

What You Can Do To Help

ALS is a devastating disease, and it’s not just those who have been affected or know someone who has been affected by ALS, who are looking to help in any way they can. If you are wondering what you can do to help further ALS research, simply educating yourself about the disease, and donating time or money is a great place to start.

ALS is not a contagious disease. ALS affects the motor neurons of your body, or the nerves responsible for muscle movement, so one will not become develop ALS after coming in contact with someone living with the disease.

Is ALS More Common In Women Or Men?

ALS is slightly more common in men than in women. However, research has shown that as people get older, both men and women are at similar risk.

What Is The Cost Of Treatment For Amyotrophic Lateral Sclerosis?

According to the MDA, ALS is a costly disease. They estimate that medical costs alone, for treatment, cost over $30,000, and non-medical costs can total over $17,000. Between lost income and other costs, ALS will end up costing nearly $65,000. Nationally, medical costs for ALS total between $250 million to $435 million.

Are Military Veterans More Likely To Get ALS?

Yes, military veterans have been found to be more at risk for ALS than those who have not served. In fact, the US Department of Veteran Affairs considers ALS a “service-connected disease.” It’s estimated that military veterans are 1.5 to 2 times more likely to develop ALS.

Was Lou Gehrig The First Person To Have ALS?

No, Lou Gehrig was not the first person to be diagnosed with ALS, he was just one of the earlier people in the public eye to develop and bring attention to the disease. ALS was first discovered in 1869 by Jean-Martin Charcot, a French neurologist.